Sunday Selfies ~ Another Week Has Flown By!

Wow, time does go by quickly, even when there are no special days...we had a bit of snow, but not really that much. The ice melted off the trees, but it has been cold enough that the snow left on the ground is still crusty and that ice hunks from cleaning the walkway are still there. It makes for interesting yard cleanups...OK, we know, TMI, TMI!! Think 'Poopsicles'!

It has not been very bright out the past several days, though on Saturday the sun decided to show up for a change...we almost fell over!!  BOL! So we were left alone while our pawrents went on a car (for Pawppy) search. There are 4 on the 'short list'...and we test drove them all. (They are certified, used Hondas, similar to the one that got wrecked.) So soon a decision will be made and then it will be great to see the driveway full of the right number of cars again:)

But well, we didn't get to go along for reasons that we were not informed about, so we sulked in our nest while unfurbro-the-elder kept guard with us. 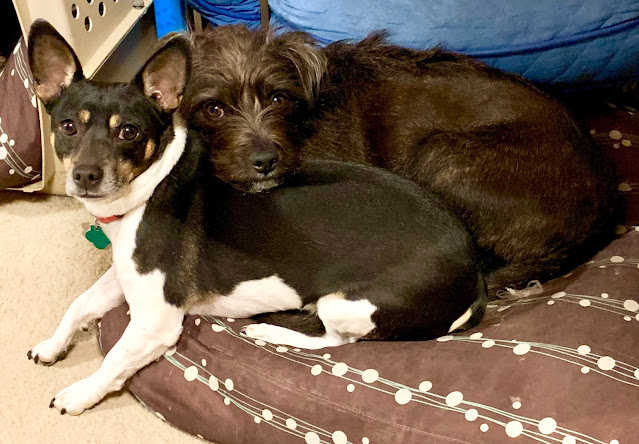 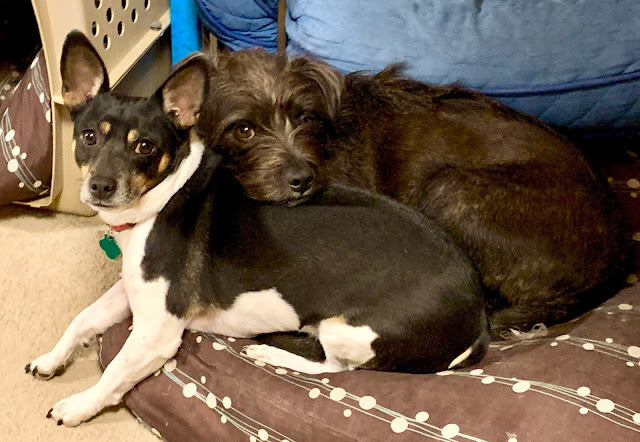 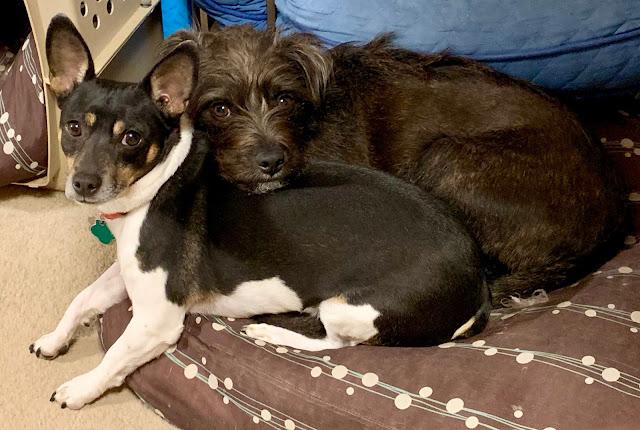 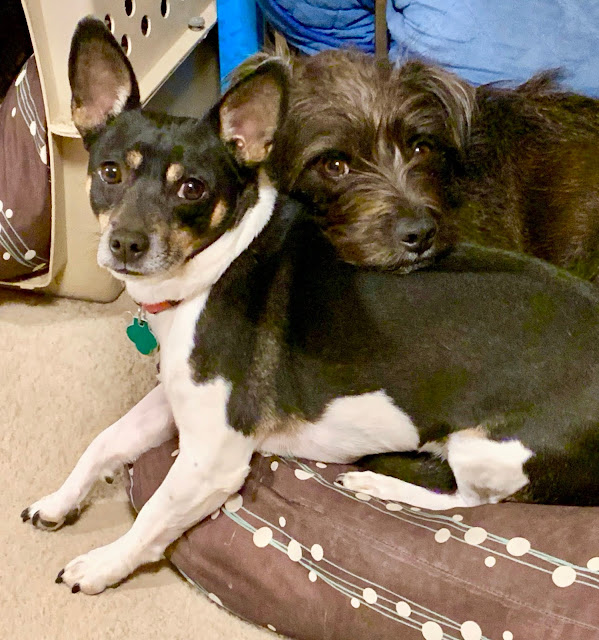 Past Tuesday over at Teddy's blog, petcretary was one of eight commenters that managed to crowd the doorway there in the first minute after it went 'live'! Eight!! A record! Wonder if we'll ever break it!!

However we were not first with our guess, though we were correct!! Well, you can't win em all! BOL!

Meanwhile things at petcretary's workplace have finally calmed down, as to where only new admissions are on quarantine, as a precaution. While they still need to wear all the PPE, at least they are headed in the right direction. And this week, there will be a clinic there for all of the staff and residents to get the covid vaccine. Its kind of scary thought, but...well, *she* is going to take it. Pawppy will be able to get one too, maybe in a couple weeks, as his age group puts him in the next category for receiving it.

Sadly, earlier this week,, we had to say yet another goodbye...this time to Zoey from The Island Cats, and it was a shock to all, including her family...and she will be sorely missed, but never forgotten.

We are in the Sunday Selfies Blog hop!

This fun feature is hosted each week, by The Kitties Blue and we love them all as much as we love doing the selfies. We thank them for their hard and diligent work to keep this going, for several years already!! Imagine that! Thanks so much:)

Posted by Meezer's Mews & Terrieristical Woofs at 1:01 AM