Dalton Had His Special Day and Sunday Selfies

Last year about this time there was this big mess of heavy rain, floods and way too strong winds. It was the storm called Hurricane Harvey, and I hope to nevfur experience anything like that again, nor anyone I know. It was just pawful. I ended up in a shelter in Houston, but my days there were numbered. Yikes. But some kind souls from Michigan where I now live came and took all kinds of us furry ones into a big truck and brought us all to Michigan, where we were in foster care until various rescue groups could take us in. A nice lady from the Battle Creek, Michigan, ROAR group took me into her care. There were lots of other dogs and kitties there. One day I was crated and taken to a pet shop, where there was an adoption event happening. (There is also an active FB site for this group)
This other lady saw me in that crate being taken into the store...and she saw my huge ears and the curiosity I had about what was happening next in my little doggy life. She asked the ROAR lady what kind of pup I was, and other questions, too. She *just had* to have me she was thinking. So she got out a little black thing from her pocket and she was talking excitedly to someone. She was smiling, too. Then she left...and I felt sad and worried. There were some other peeps who came and looked at me and my sheltermates. It was noisy in there, cause we were all barking...look at me, look at ME! I think we knew we might meet our new Mom or Dad there, cause we didn't have anyone to call our own anymore...since most of us knew such things existed from before that awful disaster of that  hurricane in Texas...
And then...yes! I saw that lady again! She also had a bigger-than-me doggy with her. Hey, I thought she wanted me?! Oh, then I realized she had brought her own pup with her, he had a name, MrJackFreckles. He looked similar to me, but he was mostly white and looked furry elderly. But his tail was wagging and he was trying to sniff me. Well, we all went outside and I got to sniff him! BOL! But then I got all scared and worried and I piddled...and wee wee-ed...but even so I still tried to be brave and I smiled my doggy smile at that lady and the other dog, MJF. MJF almost lifted his leg and piddled on me, but that lady moved him away...BOL! He must have been trying to mark me as his! Oopsie...he tried to hump me too...but that lady pulled him off and she scolded him...yikes! But I guess its just some doggy;s way of staking a claim or being dominant. Its OK, MJF, I won't try to get the better of you, I just want to live in a real home again with a dog-mom and a dog-dad. And maybe a brofur like you:)
So the lady filled out some papers, but I was not allowed to go home with her that day. Shucks.
But in a few days, my ROAR lady talked on her little black thing from her pocket...and a few days after that, I got crated yet again...and had to drive for 887 miles and hours to another house. It was already almost dark...but I could smell something rather faintly furmiliar...Hey, this is the den of MJF! And *that* lady!!
And then out of excitement, I widdled all over the sidewalk! BOL!
Then we went up some steps and into the big house. Yes, fur sure this was MJF's den, and there he was! I wiggled and waggled!
But...OMD...there was a man there. And a cat! A cat??! So I got all scared and put my ears back and my wee stumpy tail close to my body and widdled on the carpet...
Oh, the  lady there said, don't worry, we have carpet cleaner here...lots of it! BOL!
And then the ROAR lady gave me to the arms of the other lady. She said, 'I am your new Mom, and I am now known as petcretary...or growlmy as MJF used to call me.'
'The kitty you saw is Pipo...he'll be OK, if you don't pester or chase him...'
So now I have been in this den for 11 months. Almost a year. The peeps that rescued me from the mess in Texas did not know when I was born, but the vets there thought I was a young-man-pup of about  a year.
So...petcretary thought August 20, 2016 would be my birthday, cause the hurricane was about that time a year later.
So...
Now I am two!
I still am mostly scared of my pawppy as I call him, cause MJF told me that was how he was called...and I still give that Pipo wide berth. I don't chase him, but he still wants to whap me if I try to sniff him. I still widdle in the house...but not as often as when I first got here. I gained some weight and look a lot healthier too cause I get to eat really yummy and healthy vittles, I don't have to scrounge or scavenge like when I was still in Texas.
Petcretary says I have issues and maybe doggy PTSD...but she hasn't and won't give up on me. She loves me! Pawppy says he loves me too...I am sorry pawppy that I am still so scared and not trusting you, Somewhere I had some bad man in my little doggy life...maybe when I get a lot older I might trust you more. I know you hope so.
I had to say goodby to my newfound brofur, MJF back in Feb, and I really miss him. Maybe someday I might get another doggy brofur. But petcretary says not anytime soon, she wants me to be more confident and relaxed...whatevfur, Petcretary, whatevfur!

Anypaws, as I started woofing, I had a birthday...and a dogabration, too!
Presents of toys and treats, and lots of attention. It was heaps of fun, and I sure hope I can have lots more of these kinds of special days. Petcretary told me, soon, in a little over a month, it will be my Gotcha Day, whatevfur that might be, BOL! I wonder if they are as exciting as birthdays?? 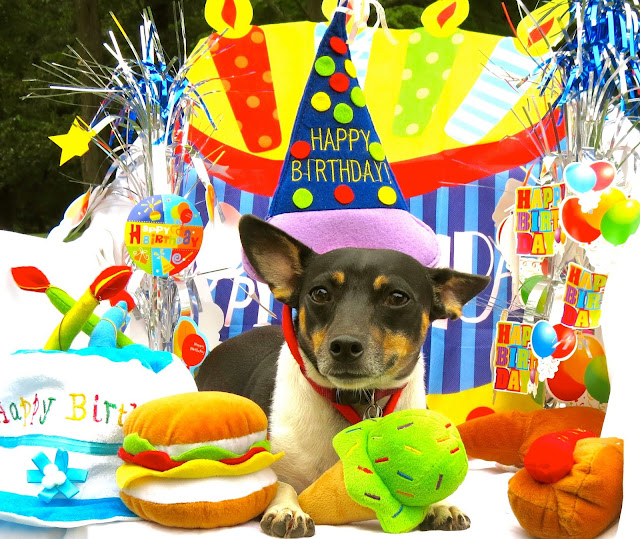 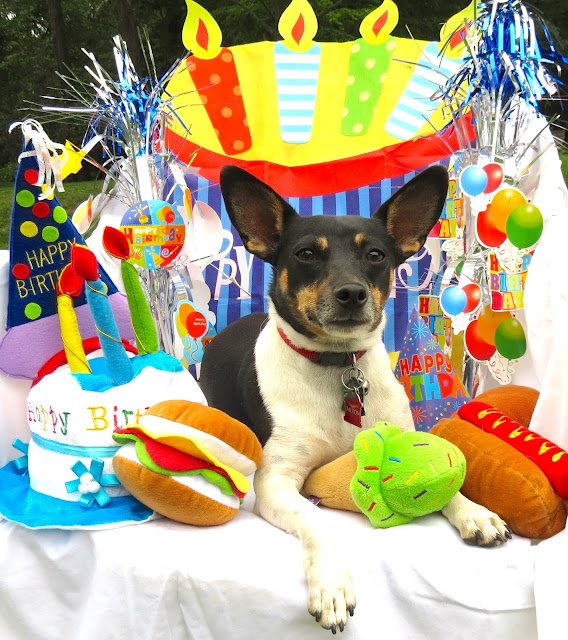 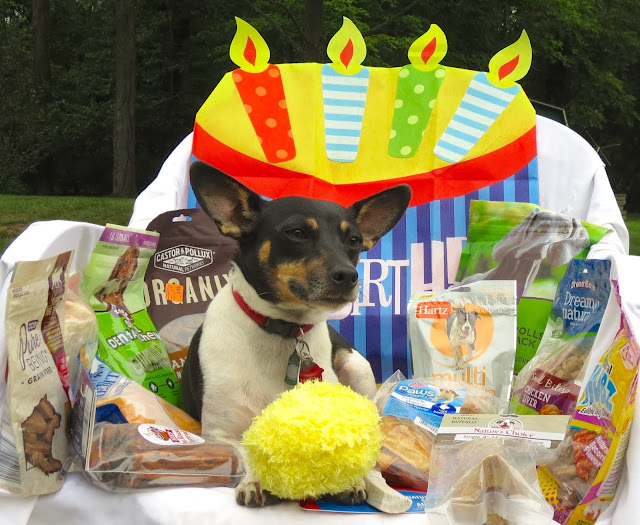 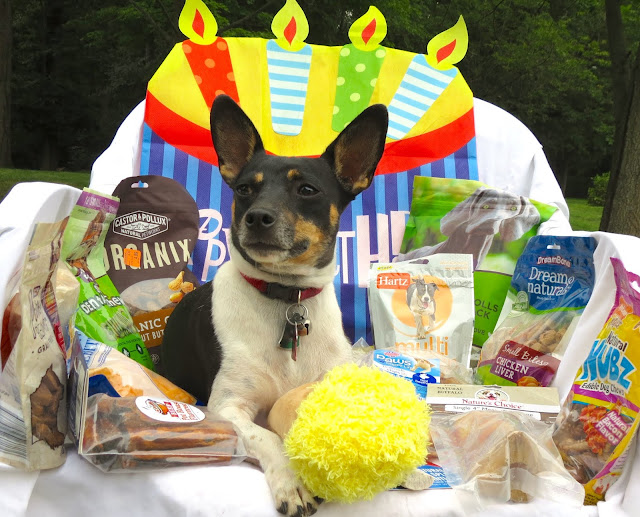 Sorry if some of those pictures were all blurry...or out of focus...I was moving real fast!

And after all of that, of course you want to see Pipo!

Posted by Meezer's Mews & Terrieristical Woofs at 11:57 AM 14 comments: