Ordinary doesn't necessarily mean boring...MOL/BOL!
Even with snow on the ground, those silly pups manage to make mischief.
One morning petcretary opened the back porch door to go out and she found...a frozen and very deaded squirrel! Yikes! Then when she was cleaning up the doggy art from out of the yard, she found another deaded rodent, a mole. UGH! The next night when she came home from work, she found a nice 'poopsicle'...sheesh, so many presents, BOL!

And I, Pipo, was not going to be boring...just before *she* had to leave for work one day, I made some nice pukies all in the doorway to pawppy's office. But later I ate up all my food, with no pukies, so all's well...

The weather has been varied from rain to snow to rain and snow...and fog too, to change it up a bit. Very boring...and dreary. At least there was not too much snow and the peeps did not have to get out the snow thrower this week.
Oh, yes, its the year of the rat now according to the Chinese New Year, so here is a wee image of a cute rat...you kitties might lick your chops...for both the cheese and the rat! MOL!

We provided the Teaser picture for the weekly teaser at Two Spoiled Cats...

Here is a nicer image of the same chapel in a warmer season:
And here is another link to the list of these cultural heritage sites in Austria...this one is the fifth one down from the top.

And we fooled everyone. No one could find it! (Actually it took petcretary hours and hours over 2 days to find it herself, she saw a picture that her cousin had posted...but not identified...)

We did have to make quite a few memorial cards to try and comfort their furmilies...

Yup, we are quite late this week with our selfies, since petcretary had to work, and our peeps had to spend a lot of time cleaning up the heavy water laden snowfall on Saturday, and then the newer fluffier  blowing, drifting snow on Sunday...and there was COLD wind. Brrr. The roads and snowfall were a bit much, to brave the 26 mile trip to Church this week, so the peeps did not go...but we could see on the highway's web site that there were a lot of slowdowns on the road we take...so we think the peeps made the right decision.
Better be safe than sorry, even though petcretary has to drive 8 miles of rural highway to get to her work...and back again in the dark. When she came home from work, her car said it was 3 above zero...brrr!
Winter is not fun somehow...
We pups did have fun though...we romped in the snow,  Benji seems to like sticking his head in the depths to sniff out anything! And then he comes racing inside with his face all white...petcretary is so slow, she never seems to get a good picture of Mr Snowman-pup! And both of us had a great time barking the neighbors and their two wee ones who were toddling around in the snow. They were so bundled up they could hardly walk...just like the little boy in Christmas Story, BOL/MOL!
We missed Hat Day, and Dress Up Day, not that we are sad about that, MOL/BOL! However *she* did manage to snag some hatted selfies...sheesh!

We felt so much better after she took off those silly hats...(Hats made by Miss Cathrine of Angel-Basil's Gang )


Posted by Meezer's Mews & Terrieristical Woofs at 3:53 AM 13 comments:

What Happens Here On A Winter Stormy Day

We are/were under a winter storm warning. Lots of wind, rain turning to sleet and freezing rain...followed by frigid temps and snow. 'Ugh' all around, MOL/BOL!
Benji sticks his head out the doggy door to test the conditions and then hurries back inside...he does this multiple times until he can't wait any longer...and then he goes to do his business...no digging out there today! Petcretary says that is the silver lining in this mess - Hah!

Dalton darts out and does his stuff quickly too.

They both take a moment to bark at who knows what and scamper back in. The steps are slippery, so *she* has to sprinkle sand on them to give us a grip. *She* worries that one of us might slip and break a leg, esp Benji who has these long stilt-like legs...
Anyways it is a dark, dank and dreary day...January of course!

I, Pipo, just find a nice cozy and soft place to sleep the weather away...and dream of when the sun-puddles might return.

So here are some selfies of what we do when we are stuck inside with inclement outdoor conditions.
At least petcretary is off and doesn't have to venture out on the slippery roads. She is on call, but so far so good and no calls to come in, phew!

Sorry for the bad lighting in these pictures, we don't use flash, and the lighting was not the best...lamps are just not like sunshine!

A Look Back For Sunday Selfies

We are a wee bit in a tizzy around here on account of petcretary is working and other issues...so we thought it might be fun to look back a year, when Benji was new here, and staring his life in our furmily.
So here are some flashback selfies from January 2019. 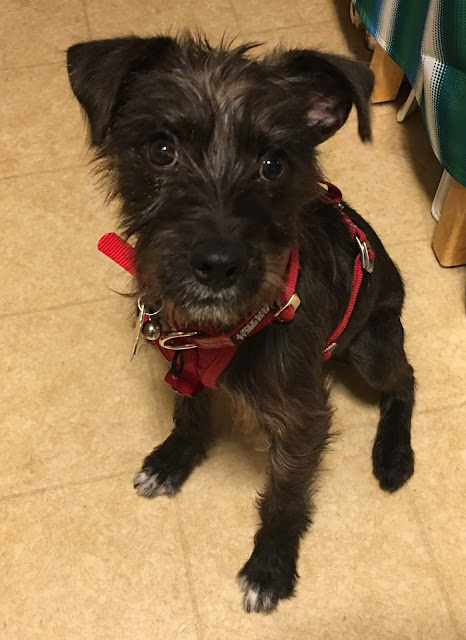 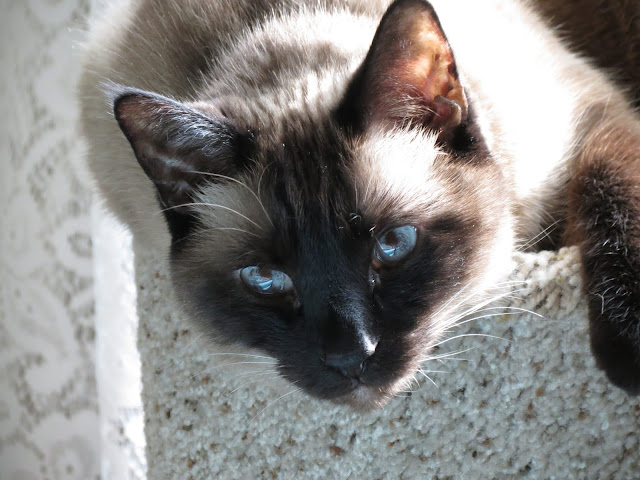 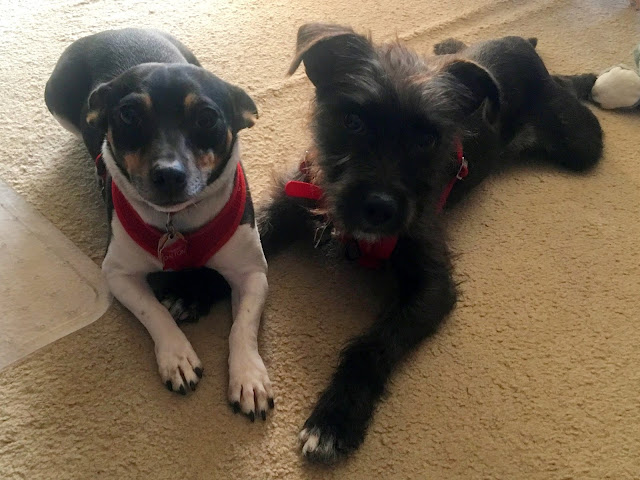 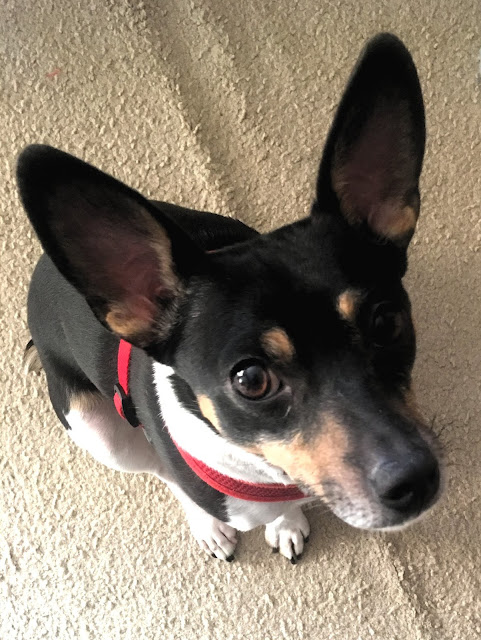 We made our last regular Birthday/Gotcha Day card, and BuddyBudd was the honored recipient. Remember we will still make these if you have not had one, and send us a clear picture at least 4 weeks in advance.


Posted by Meezer's Mews & Terrieristical Woofs at 8:50 AM 35 comments: