A little while ago at petcretary's work, someone brought in a sweetie to see her peeps who live there where she works...her name was Rudy and she hardly sat till for a second! So the pics are no that great, but she did manage to take a selfie because she wanted to be our guest!

Petcretary was a firstie commenter at The Tuesday Teaser Class...and she also supplied the guest pictures ...and they stumped everyone...but some got rather close...because they thought it was somewhere along Lake Michigan, actually it was taken along the shores of Lake Ontario, near the town of Coburg. (Petcretary's cousin actually took the pictures.) 'Professor' Teddy thought it was a doozy of a humdinger!!

So she got these two badges:

Petcretary had to go tto thew courthouse this past Tuesday, te third try...the first two were cancelled. Sheesh. Anypaws, she was absolved from being at fault by the magistrate who heard her end of the story about the erratically driving teen...so hooray, No ticket, and no fine, which means she'll get back the deductible she paid to get her van fixed, and hopefully some of the extra cost of the car rental over which length of time she had no control.

On Friday she got her second Covid Booster (Moderna), so far other than feeling a bit fatigued and having a sore arm she's not having too many side effects. Still, phooey on that evil virus, and all its variations.

Blogville had to say a sad and unexpected goodbye to sweet little River Song, as she made a very hasty trip to the RB...and is now reunited with her furmily who were waiting there for her.

Posted by Meezer's Mews & Terrieristical Woofs at 12:32 AM 23 comments:

In Remembrance of River Song

Last week, Pawppy had his birthday, a few days after Benji...but now its another special day on the calendar for him because its Father's Day!

Happy Father's Day, Pawppy! We love you and we're glad you are our very own Pawppy! 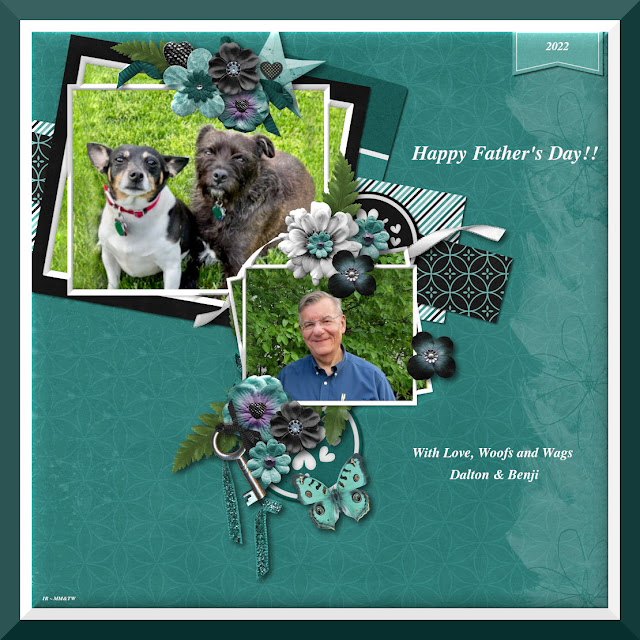 Posted by Meezer's Mews & Terrieristical Woofs at 2:28 AM 27 comments:

Benji: Even though my birthday was June 6th...I had to wait till yesterday to have my 'funday-pawrty'...oh well, better late than never.


Last week at Teddy's Tuesday Teaser Class, petcretary was the first right guesser, though she was not in the first commenter line up...
This was the image she guessed correctly:
Petcretary knows many peeps who hail from the Philippines, including one of her uncles who was there during the second world war, so she thought to check out pictures of rice  terraces for that region.,..Bingo!
This was the badge she got for guessing correctly:

Little Binky has been mostly deaf for quite a while, but now she is also blind. Granny is helping her get around, but it has to be hard for Little Binky and her furmily. Please add your comforting and healing thoughts their way, HERE.

Posted by Meezer's Mews & Terrieristical Woofs at 2:22 AM 8 comments:

I am tail waggingly happy, and I'll have a pawrty later...with prezzies and treats! I can't wait...petcretary says she had all kinds of issues to deal with so the pawrty had to be postponed...well, I guess that will extend my fun times, right?? Maybe right into Pawppy's BD nest week, BOL!

Ya'll have a great day too!!

Hug Time Sunday Selfies, With a Guest, Too!

We don't have any kitties here anymore, but we thought it might be fun to dig up the hug your cat images we posted a few years ago, when we still had both Pipo & Minko. So its kind of a flashback Selfie Sunday.

I miss those dudes so much...

Our Auntie was doggy-sitting for a bit and so she took some pics of Niko... 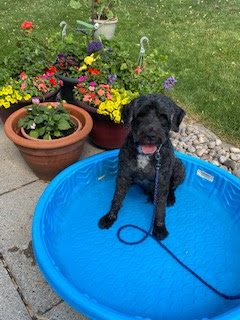 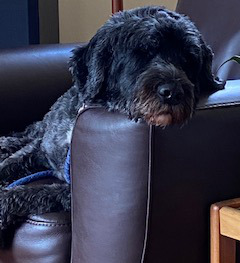 We had some sadness this past week, too...


Posted by Meezer's Mews & Terrieristical Woofs at 3:07 AM 18 comments:

In Memory of Luke

You can visit his Mom's blog by clicking on the above caption.

Precious Luke was only 8 years old, far too young...Understandably his folks are devastaed, and they could really use our comforting thoughts if you have not already done so.