Phew, what a title that is, MOL!
Petcretary has been so busy she has not had time to visit blogs at all, let alone make one until now, and Christmas has been and gone, and Pipo's Birthday too. Petcretary was working over the holiday weekend, and our unfurbros were here  too...and they still are. We didn't even do presents here until late on Monday, Phooey! She made a big dinner on Friday the 23rd, because she was off that day, but it meant that  she spent the larger part of the day in the kitchen, because on a paleo diet, all food is not processed and most things get made from 'scratch'...and since this is a relatively new way of doing things in this family, it means that much time gets spent hunting for good recipes to use. And yes the noms were deemed yummy by all who ate them...even the organic whipping cream! Dog-guy got to lick that bowl out. Some was offered to the feline chapter of this furmily, but it was not touched...Hmmm...

She made a slow cooker meal for Sunday; Christmas so that she could eat with the whole gang before rushing off to her work.
They had to fend for themselves on Saturday...no wait, she made a big casserole with a spaghetti squash after the dinner on Friday...sheesh, all this cooking and no blogging is stinky. At least we got to watch burd TV and investigate the presents under the tree. And sit on laps...and after the unwrapping of them all, the paper was fun to sit/lie on and hear it rustling:)

And Minko discovered a not too well hidden set of earbuds...with the usual result of severed cords, MOL! Minko strikes again!

When petcretary came home from her work on Christmas night she had had a trying shift, and she also had to deal with a death...poor man. She had to help a newer employee through the process...TMI, OK, enough already...so she did not at all feel like doing anything  on Monday, Boxing Day as she knows it from her Canadian upbringing.

So she gave Pipo his present, some new nip toys and some other springy toys but he was not that interested, MOL! He just wanted to have belly rubs! Yes?? Well that is easy to do and the purring machine was in full action!!

And on Thursday it will be Minko's Birthday. Petcretary has to work that day, too...go figure. Sheesh!
So we are catabrating both birthdays here...one late and one early! Seems good to us!!

Minko and Pipo are 12 now. Since kitty number one; (Groucho); there has not been a kitty here that lived past 11, so this is a nice milestone to reach in our minds:)

This came from 15&Meowing; Thanks!


Pipo received this nice memento from Tundra, from our good furends at Catster:

This is where we will post any mementos/cards for Minko...

This is from Minko's Vet


Here are our Christmas selfies: 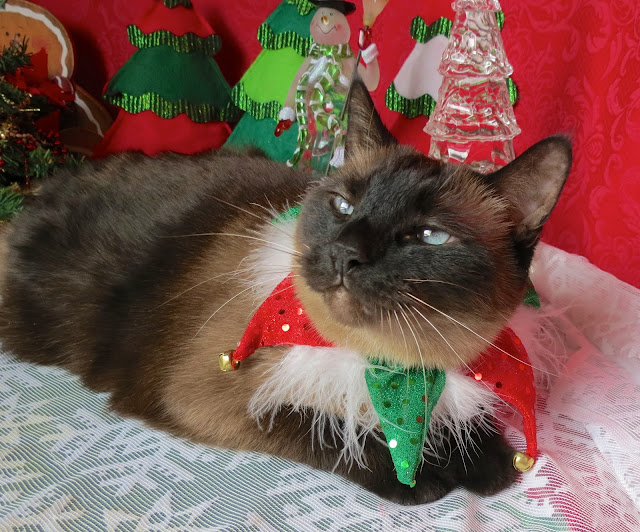 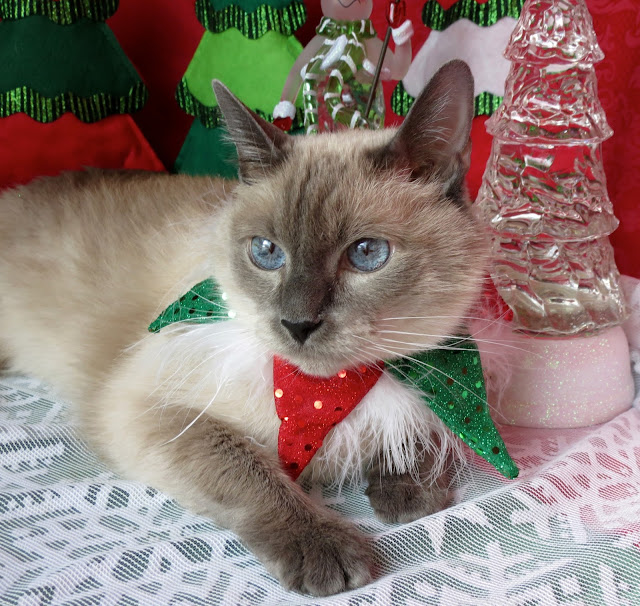 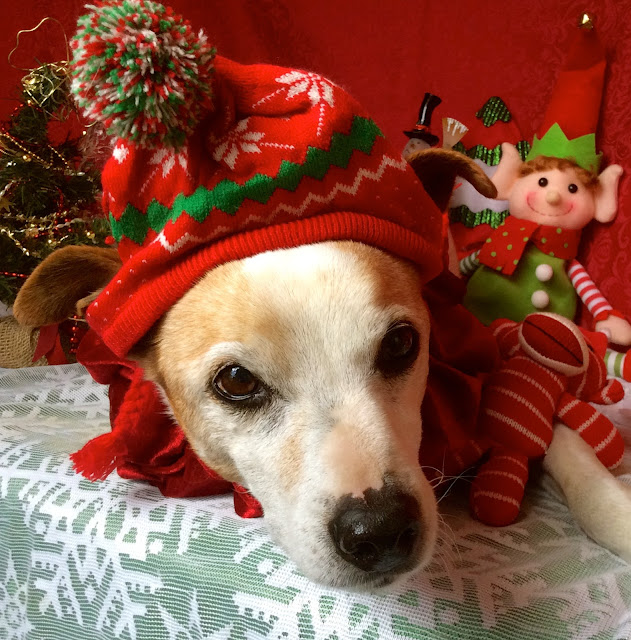 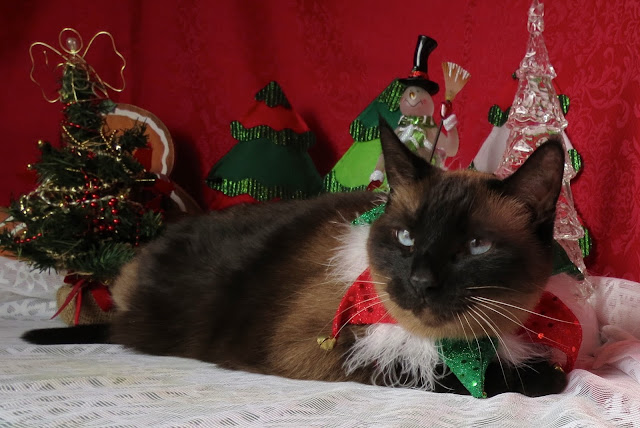 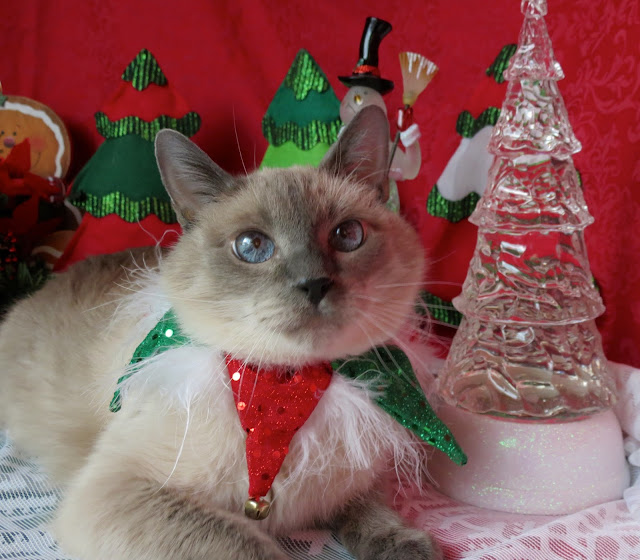 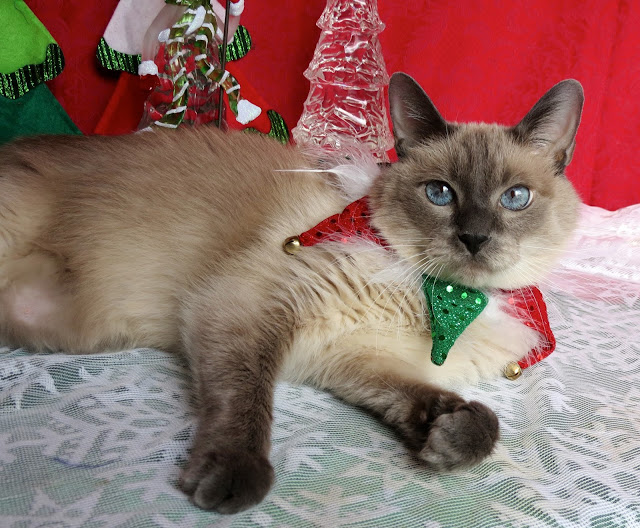 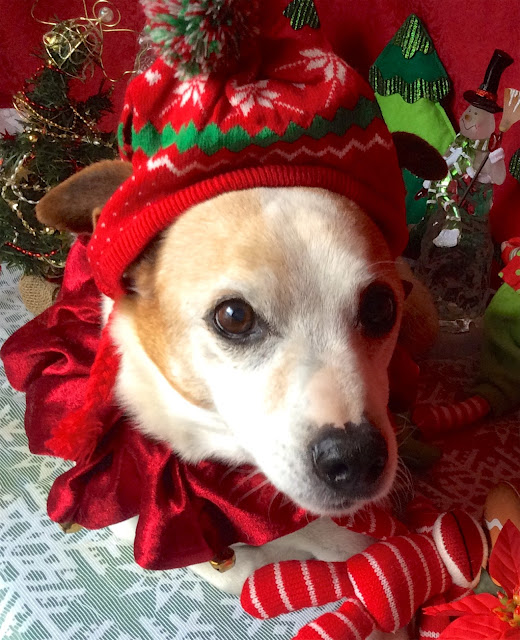 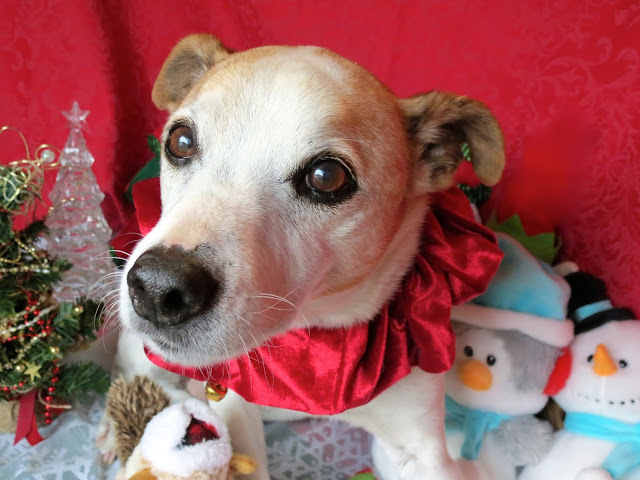 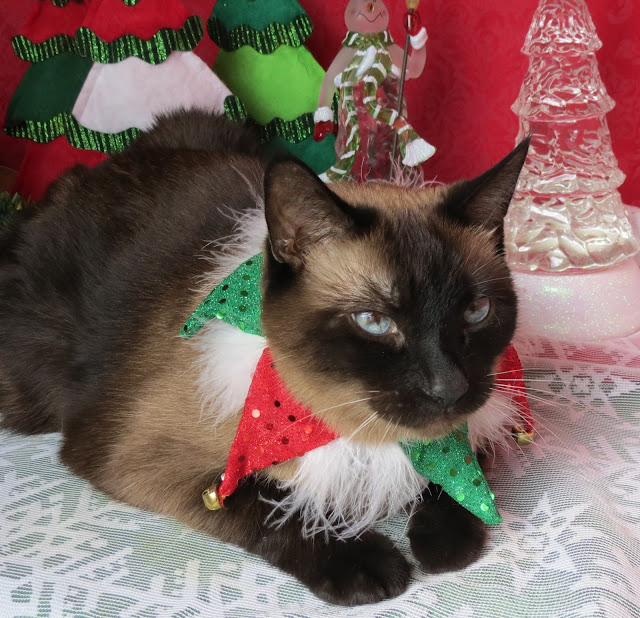 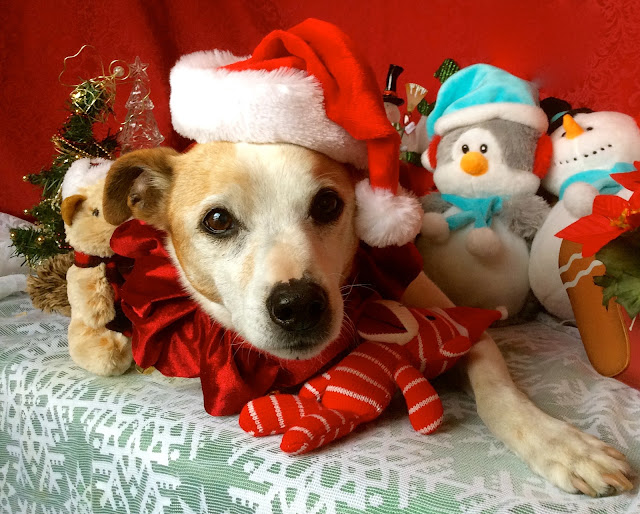 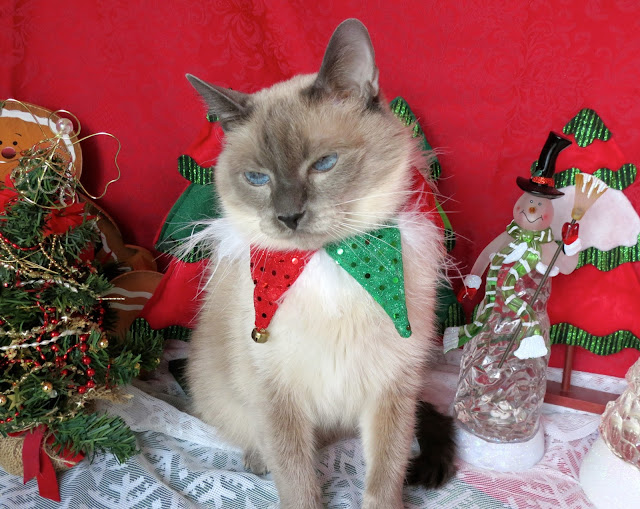 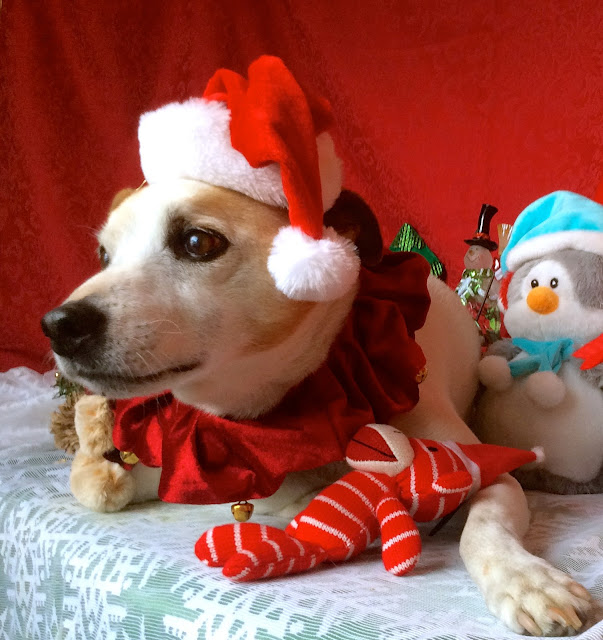 And all the snow you saw?? Most has melted and turned the landscape into a muddy morass. MrJackFreckles is not complaining one bit, BOL!!

We will show you all our cards soon, after the petcretary can garner them all together...


(Sorry for this really long posting...What an epistle is has become...)

Posted by Meezer's Mews & Terrieristical Woofs at 1:47 AM