Petcretary and Dalton took a road trip this past week.
They went to the Great White North...howevfur it was as green there as here...but we did get some snow dustings after she got back...and they got some more!
Anypaws, Dalton had tons of fun with Eddie, our new Canadian cousin. Eddie stands quite tall, but he weighs about the same as Dalton, who could stand underneath him, BOL!
Dalton traveled well...and he even gets into the van by himself...well, he needs a boost but he does get in there...(MrJackFreckles never wants to get in...and even grumps when he is put in there). 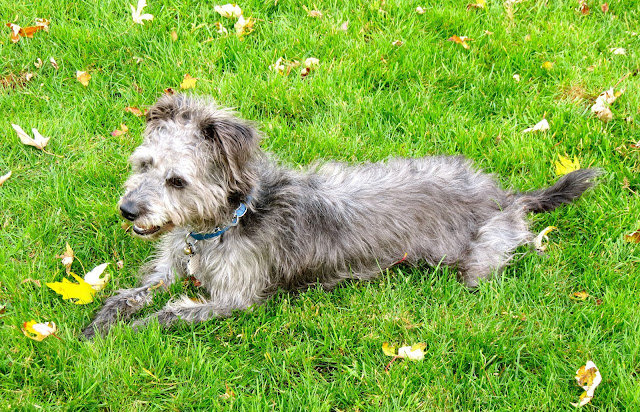 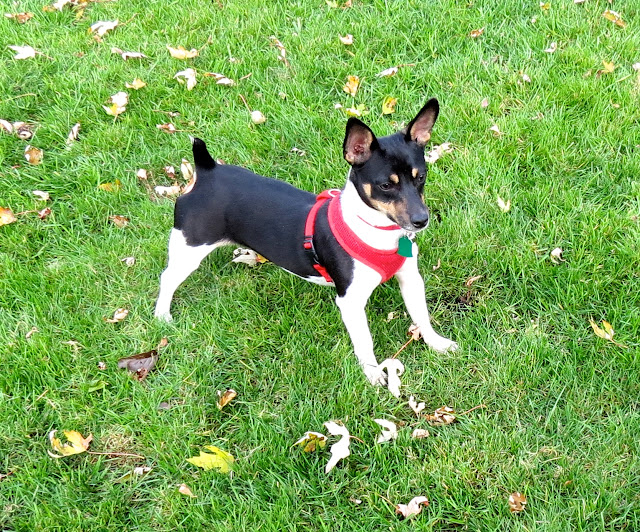 On the second day, Dalton and Eddie went into their respective crates...and Auntie and petcretary drove about 20miles to visit their own Aunt. Tante Arendina, as she is called by her nieces and nephews, became 98 on Nov7th. So even though it was a tiny celebration and rather subdued, it was still a joyous event. Tante A is very deaf, has great difficulty seeing well, and is quite frail now. But she does still know us and enjoys seeing her relatives. She even got to 'skype' and have a wee chat with one of her nieces in the Netherlands. Later after petcretary and Auntie left she had a visit from one of her nephews. 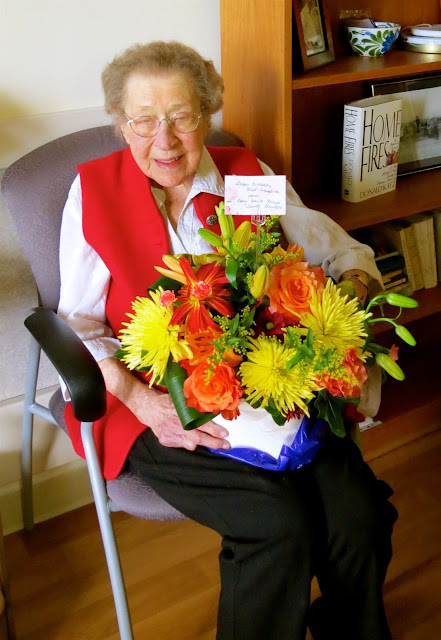 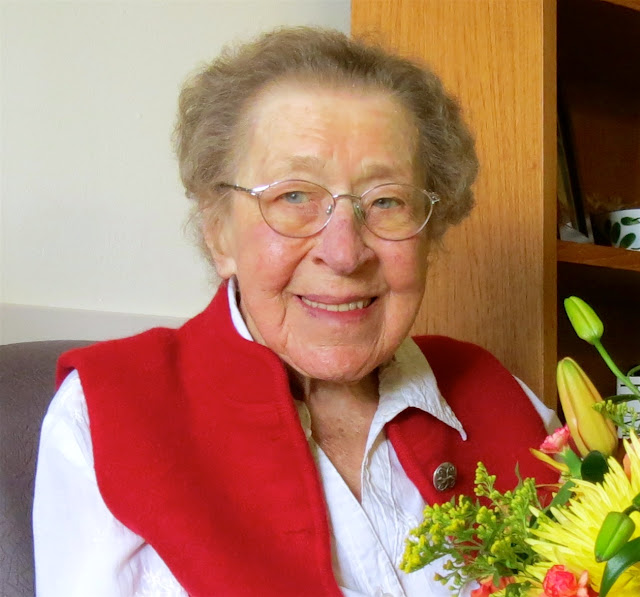 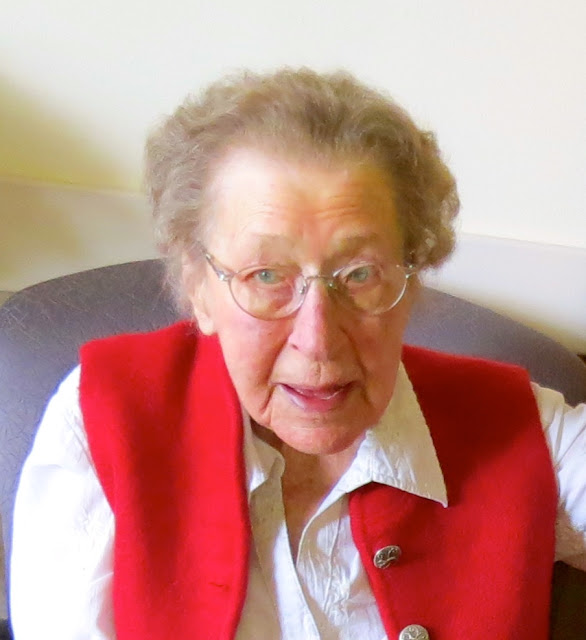 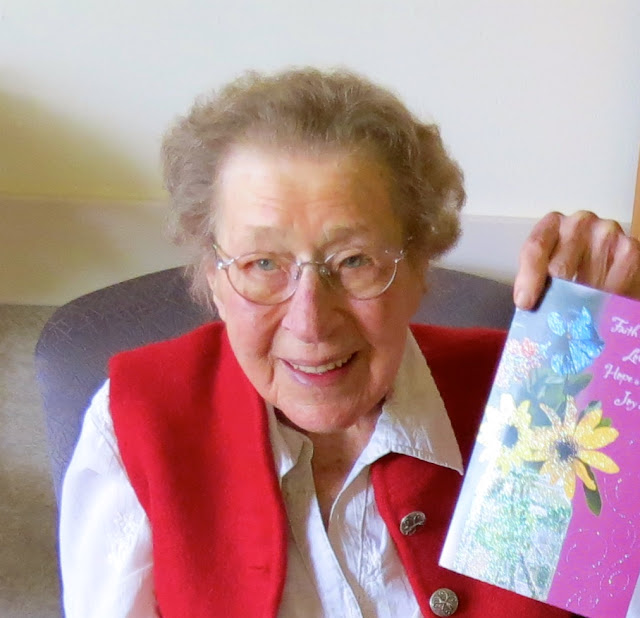 When they got back, Dalton and Eddie had a big romp in Aunties yard. Lots of barking and silly stuff going on, but they do get on well together. 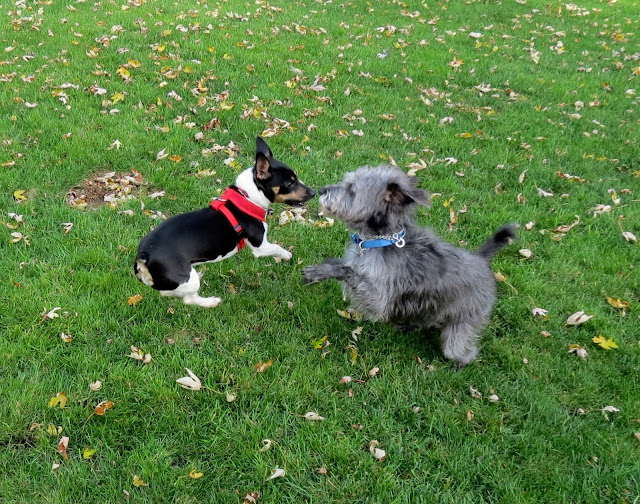 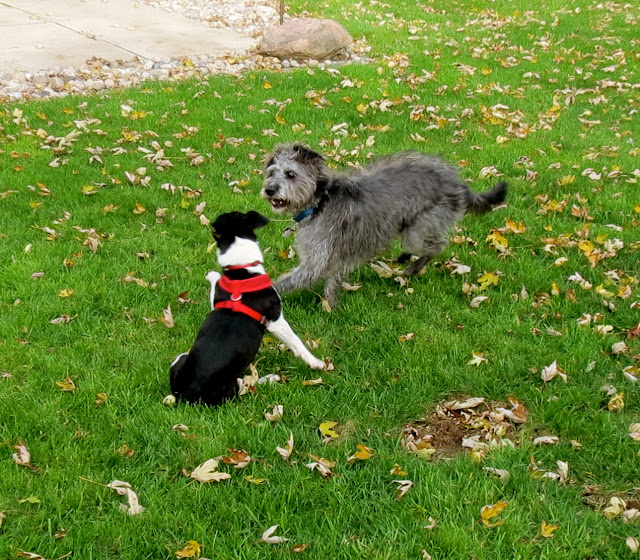 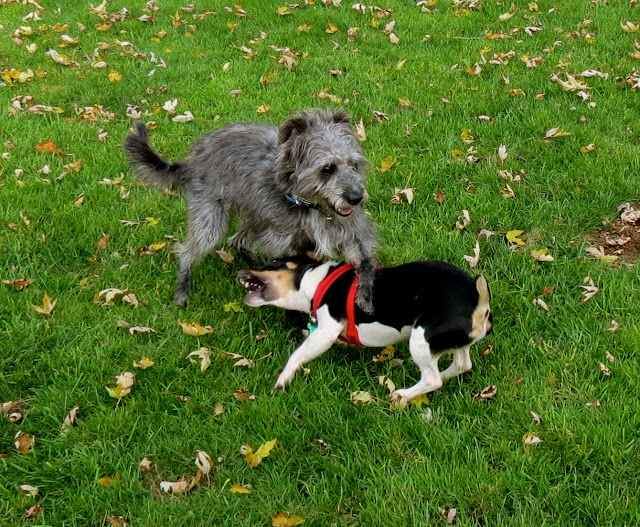 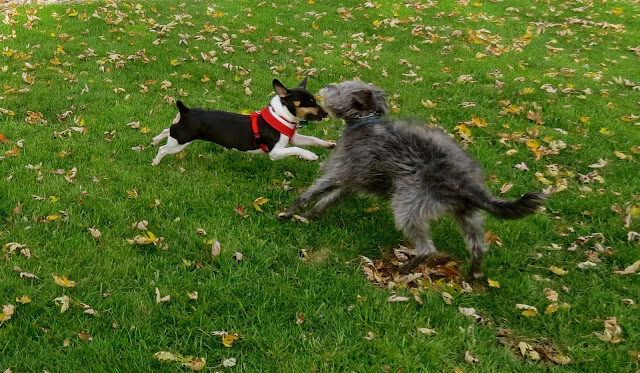 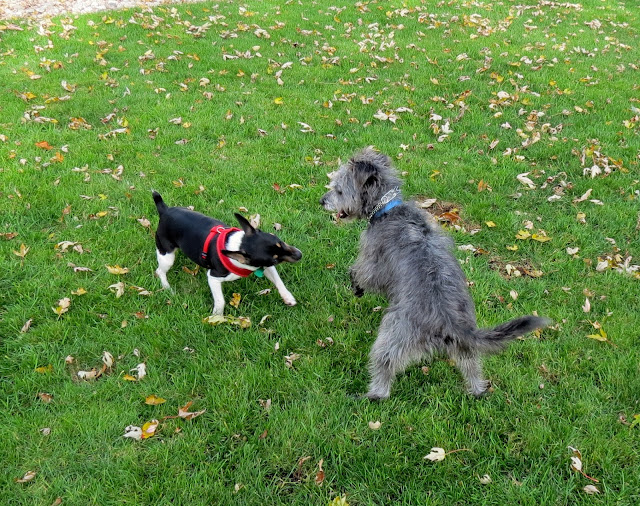 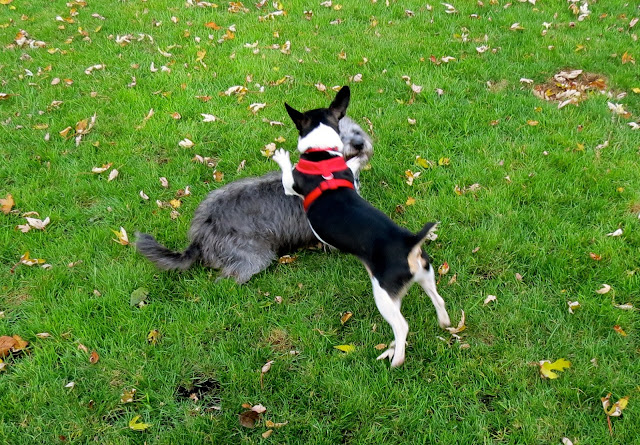 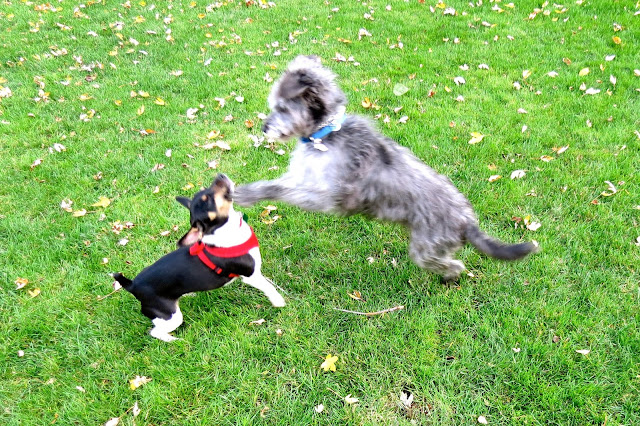 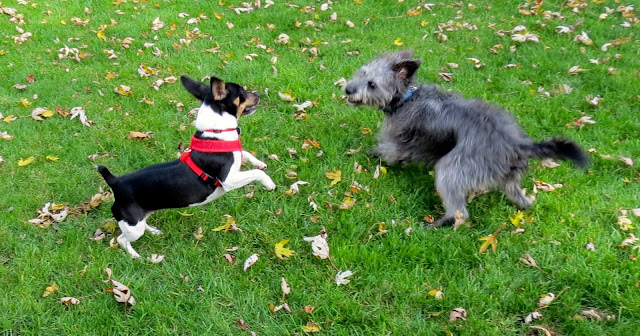 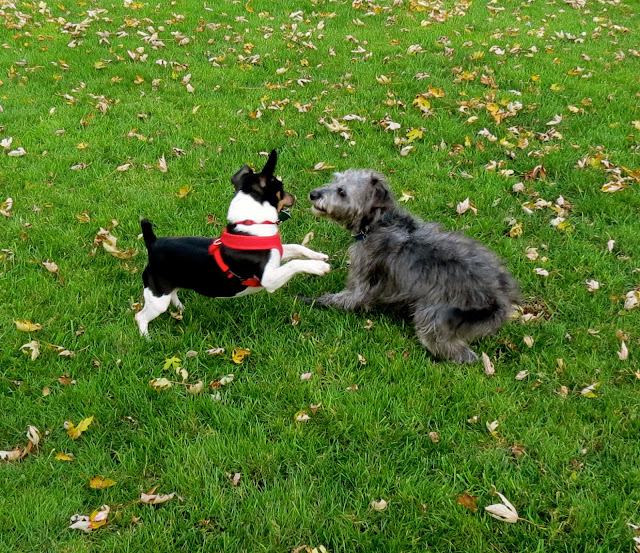 The next day it was the return road trip...good thing, the weather was beautiful, and the next day it was wet and the snow showers started up.
Dalton  being a Texas pup, transplanted by circumstances to Michigan, was not at all impressed by that cold wet stuff on his tootsies, BOL! Wait until the snow really is here. MJF just looks at it, and likely sighs to himself and then goes out and does his 'privacy please' as fast as he can, BOL!

Pipo was glad there was more than a few hours of sunpuddles...but still, we did have too many 'no sun' days. And record low temps too, Brrr! It was 17F here the other morning. The bird bath was like a mini skating rink. But birdies don't know how to skate...they sure do know how to eat up seeds and suet though! Petcretary has to fill up the sunflower feeder each morning. They gobble up mealworms too...and peanuts. Squirrel dudes are not in evidence that much...Us 2 dogs, and a roaming neighbor kitty and dog must scare them away. And besides they have a bounty of walnuts to feast on and dig into the ground, as well as plenty of acorns too. 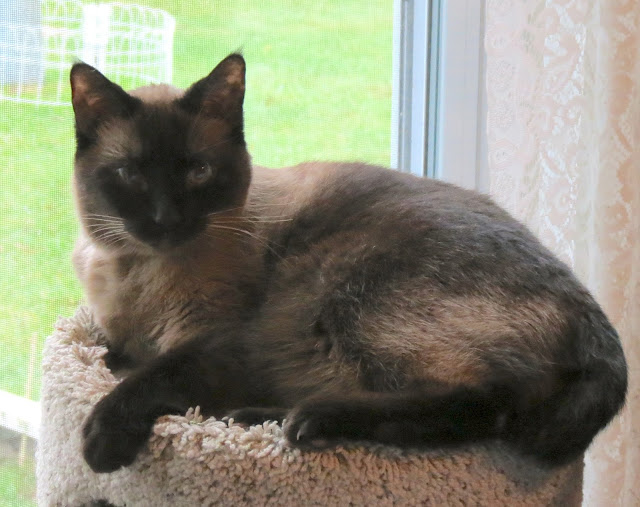 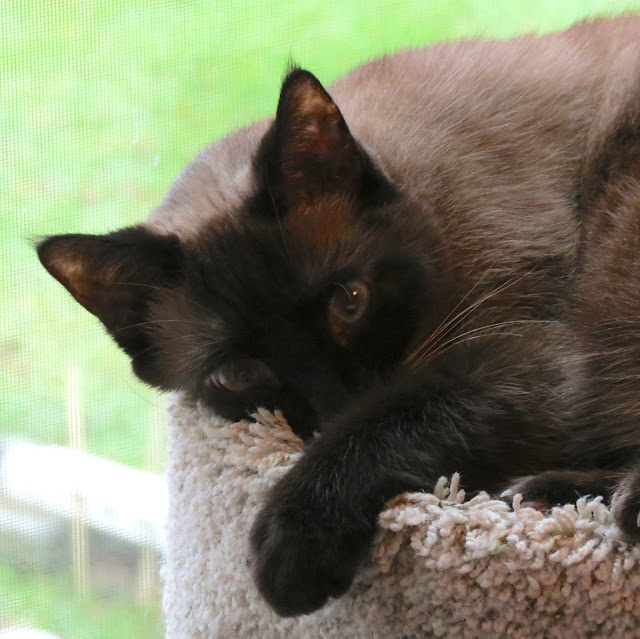 What fun things has Dalton done to confirm his naughtiness this week?? Ripped up a paperback cover, shredded a scatter-rug, chewed up a planter marker, Gained access to a box of monk-fruit and ripped that open and tasted some of it as well...BOL, it was not loved cause he left it...destuffed more toys, tried to chew on a table leg, and also part of the baby gate. This dude is crazy!! He has oodles of toys and chew things, but the other things must be far more entertaining...sigh... 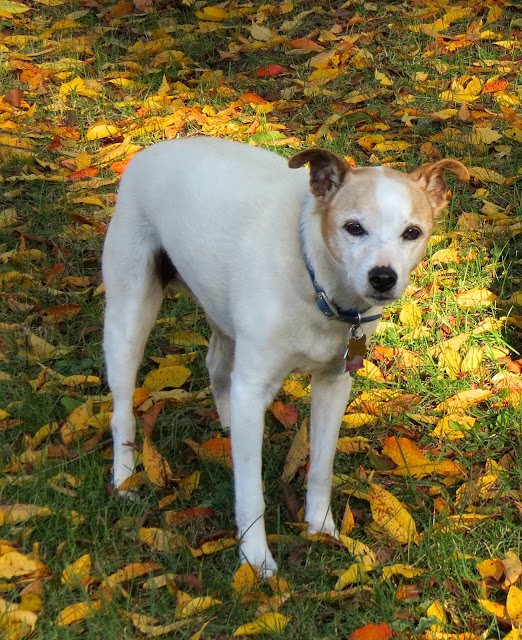 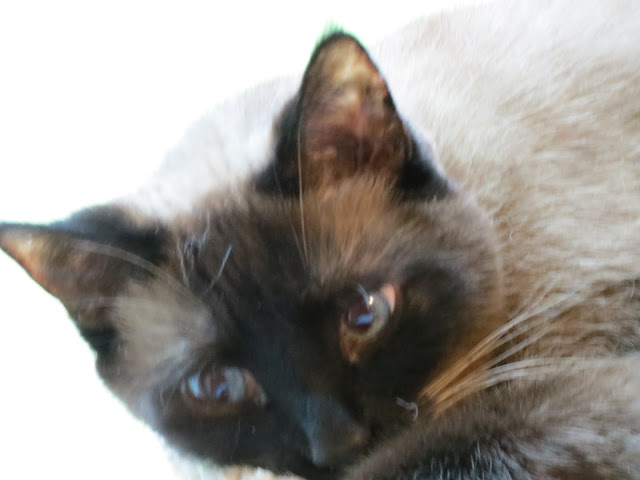 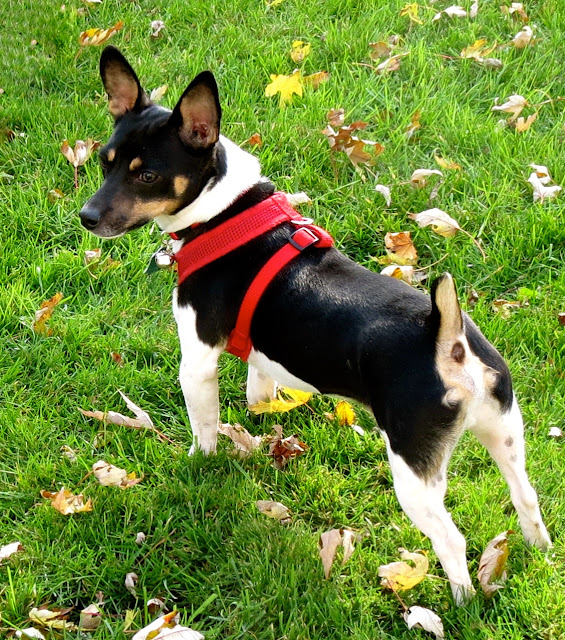 Saturday was Nov 11. Veterans Day here in the USA, Also Remembrance Day in Canada. Petcretary was working, so she wore a poppy. Only one person knew why she had that on, and she had to explain it to others. Oh well...
Thanks to all those who serve selflessly for us all, sometimes giving their own lives. Freedom and other things we take for granted are truly costly.

Tomorrow is petcretary's Birthday...another trip around the sun, via the earth's travels has been accomplished! MJF says she is going to be more than 4 times older than he is...wow, she is older than dirt! Oops, we are not supposed to say that...BOL/MOL!

And we found time to help petcretary make a card...