Well, its Sunday once again, which means its selfie time!

So here we go! 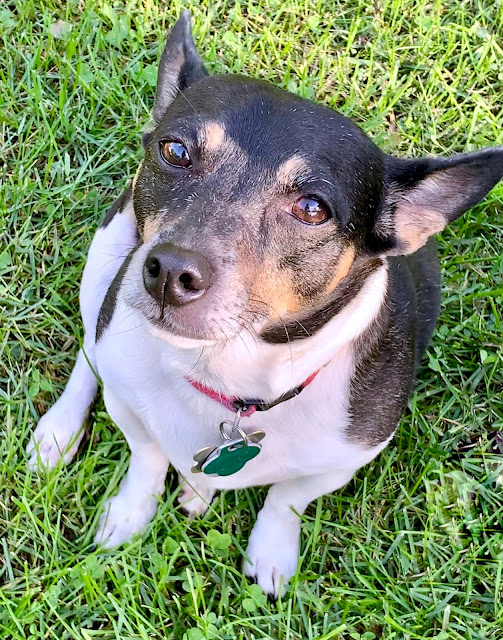 Well, last Tuesday, petcretary provided the guest picture for Teddy's Teaser Game.She fooled everyone, in that no one was able to guess or even came close to naming the location! Ha!! 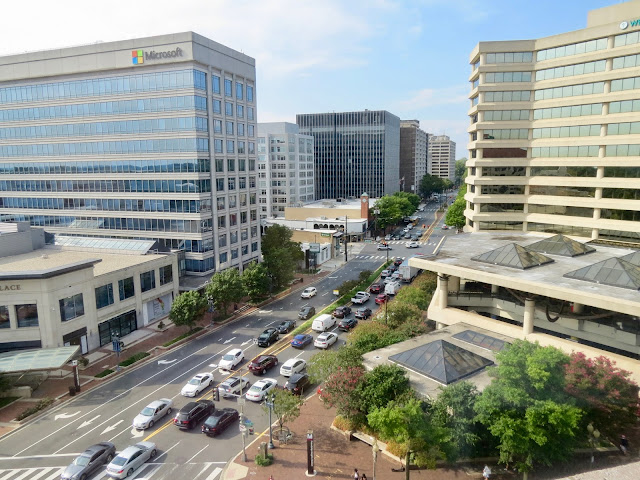 That teaser picture was taken from our Hotel when we were last in Washington DC. The hotel is in Washington, but the scene is mostly of Chevy Chase, Maryland, near the Friendship Heights subway station. DC is a big square and it sits in the middle of other states.

The Microsoft side of the street is in Maryland, and the structure with the pyramid glass skylights is a condo, on the DC side.

Hubby’s childhood home is about a 5 minute walk from the hotel, (In DC), but none of these large structures were there when he lived there. In fact when we were married over 30 years ago, only a few of the buildings were there, our Hotel was not. Nor the condo...I think it replaces a nursing/medical facility.
DC an its suburbs are a busy, bustling city, it never seems to not be, even at night.
Our sons have been there with us, and have walked the same street, and even seen the hotel, though they have not been in there, LOL!
I think the subway, when it expanded to this area just before we were married in 1987, changed the whole area, from a more or less quiet suburban feel, next to a residential area and churches, to a huge shopping/sleeping and office metropolis.

She got this badge:

Last week all of Blogville was saddened to hear that Ruby had become an angel pup. We helped petcretary make a memorial card for her:

Posted by Meezer's Mews & Terrieristical Woofs at 12:29 AM