This week I, Pipo, and the pups, are taking a selfie break in order to show you a different kid of selfie, actually a guest selfie from our yard.
Petcretary had her phone-camera handy so she tried to help this dude get a seflie for our blog... 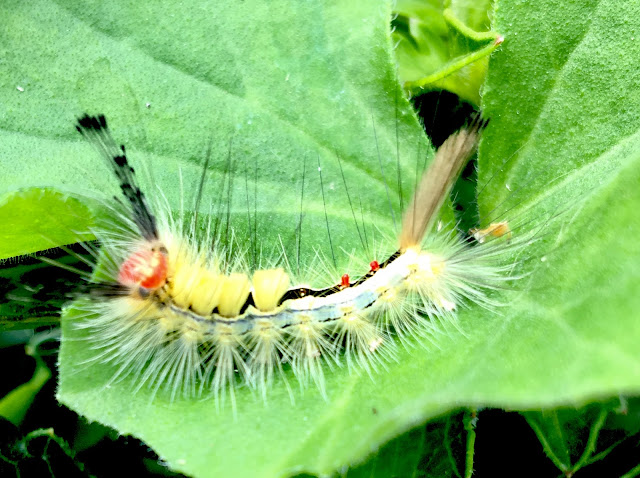 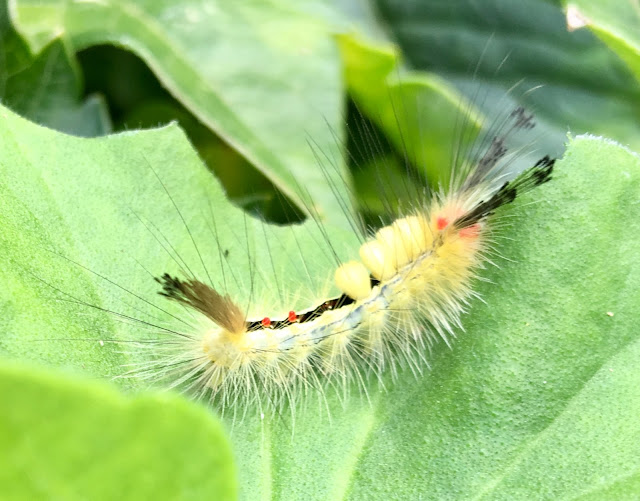 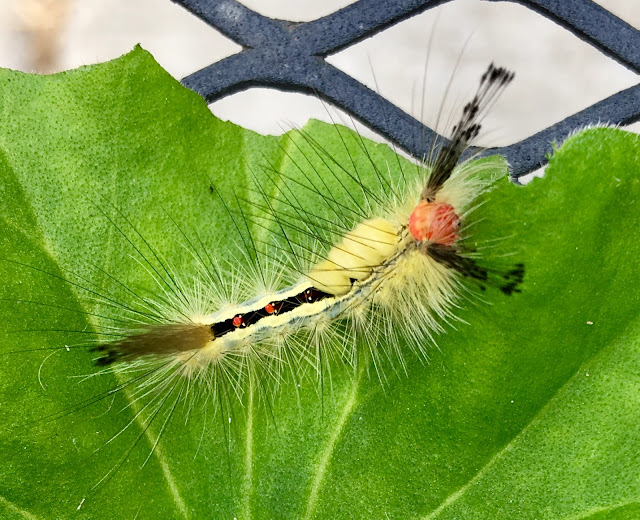 It is a White-Marked Tussock Moth Caterpillar...and this is the info on these furry creatures that she found:

Size: 3.5 cm
Hosts: over 140 known hosts, including alder, apple, balsam fir, birch, and larch
Range: Eastern North America
Identifying Features:
This snazzy species is found on trees in urban areas. They're indiscriminate eaters—they go as far as munching on decorative hawthorns and acacias—and when populations soar, these cats can defoliate entire trees.
Note: White-marked tussock moth caterpillars have irritating spines that can cause rashes, so handle them with care (and gloves!).

Seeing as these guys aren't picky eaters, they aren't too difficult to raise. Just create a comfortable environment for them, give them plenty of food, and let them grow!

Female White-Marked Tussock Moths don't have wings. They spend their entire (if brief) adult lives on the cocoon—mating, laying eggs, and dying all in the same spot. Luckily, they (and their future larvae) have some protection; before pupation, the White-Marked Tussock Moth Caterpillar weaves its venomous setae into its cocoon, providing a defensive shelter both for itself and its offspring.
Here is  a picture of a full grown moth:
So while we are on leave for selfies, petcretary did help us make several cards for others...using their selfies, MOL!!

Posted by Meezer's Mews & Terrieristical Woofs at 3:27 AM