Wow, a week has gone by yet again. Time sure goes by fast when you are busy! 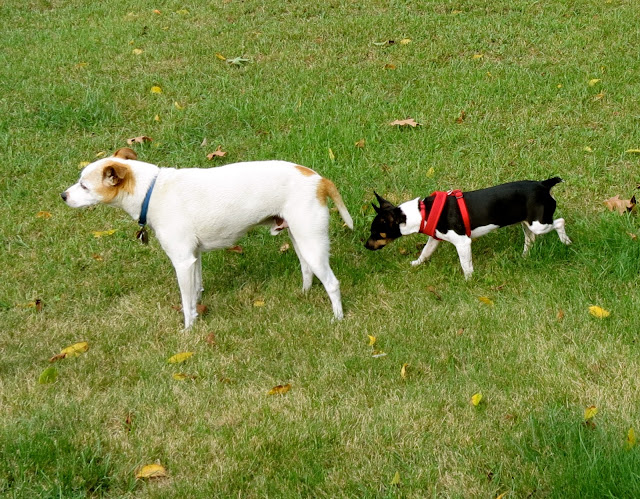 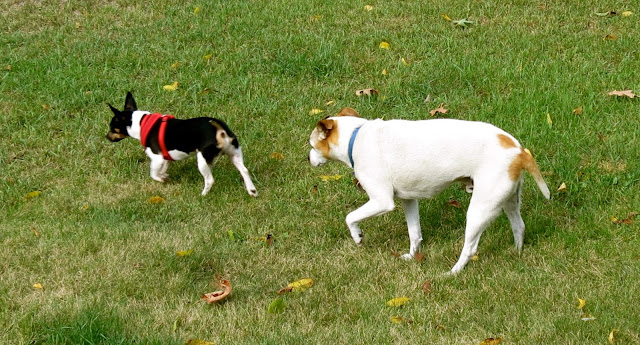 Dalton is settling in a bit, but...he has big issues with Pawppy.
He growls and barks at him, and even bit him when Pawppy tried to put a leash on him.  OUCH!
So we are at square one with what we are doing in that area. Pawppy feeds him, and other than that tries to ignore him. Dalton needs to know that good things come from Pawppy...and he needs to see that petcretary feels safe around him too...and also me, and Pipo. Goodness only knows what will happen when he sees Boss Boy later today. I will let you know!
~~~
Actually he warmed up to my Boss Boy. The way through to a pups heart is through his stomach...hmmm. He is still furry wary of Boss Boy, but he didn't growl, and he let himself be petted a bit:)
Too bad Pawppy cannot sit on the floor that well, he has an artificial hip which makes squatting and floor time hard to do.
Dalton likes to steal petcretary's shoes...the stinky work shoes and her house sandals...he ran off with one today while she was in the shower, BOL! At least I don't do *that* anymore...
He loves to try and steal my noms, too if he has a chance...and last night he did...petcretary furgot to lift my bowl when I walked away from it...and later she saw Dalton standing there licking his chops and my bowl was sparkling clean and empty! Oopsie! 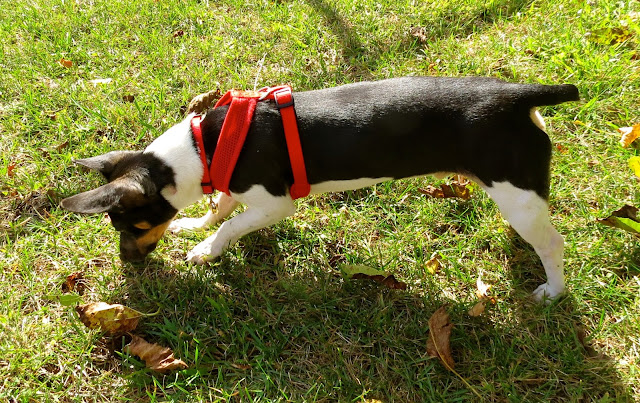 We like to go and explore the backwoods area of our yard, and while I might just stand there and think and stare, he jumps around, pouncing on leaves that blow or little bugs that fly or jump. He digs a bit too, but nothing like I was apt to do back there. 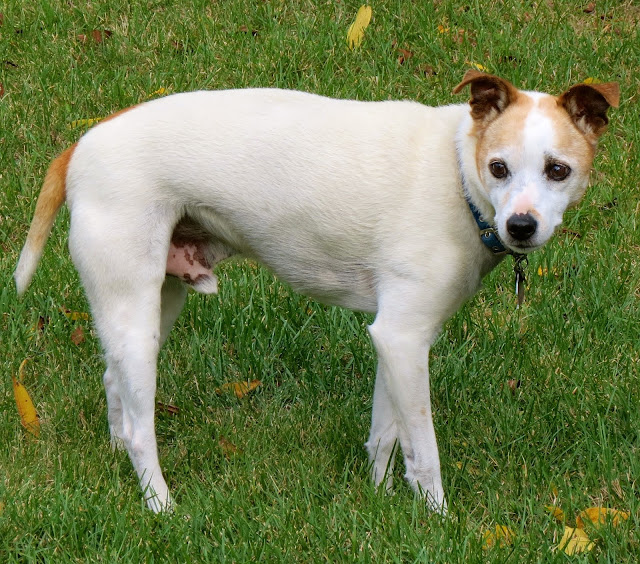 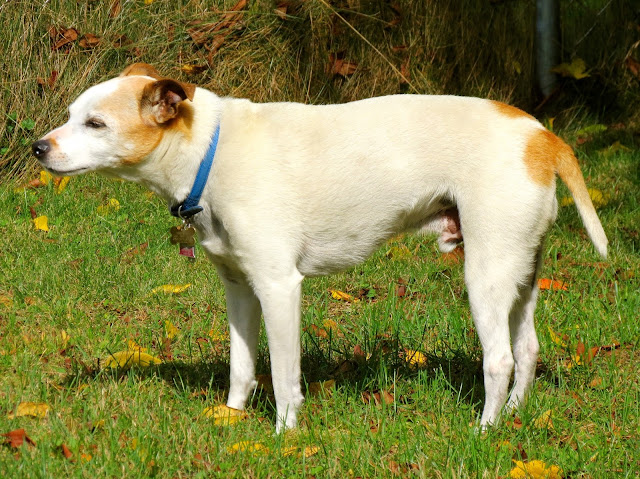 We both helped petcretary clean up bushels and bushels of those awful black walnuts. Right now she is working on the ones that fall near the house, but in the back area it is like walking on slippery ball bearings! Yuck. They are all full of worms, and there is no way they are going to be eaten by any human, but maybe some squirrels might enjoy them, as they are dumped into our wood pile. The woodpeckers and other birds might love to feast on those juicy worms...Blech! Petcretary says anyone who plants walnut trees in these parts is cuckoo:) They are evfur so messy, tomatoes don't grow anywhere near them, and they are not the best shade either. Right now one needs a hard hat to be underneath them...Yikes! Long time ago, petcretary had a hole put in her windshield from one of those walnut bombs.
Petcretary has made another observation about Dalton: He doesn't like wetness. So...she has found poo-poo by the back door, on the carpet on the days when the rain is falling...Oh-oh! That is a no-no!! So last night while it was storming, she put him on a leash and took him outside to do his business...
He of course wasn't too impressed but after both of them got really wet...he did what he as supposed to. Then he came in and sulked, BOL! Me?? I just run out and get done as fast as I can:) 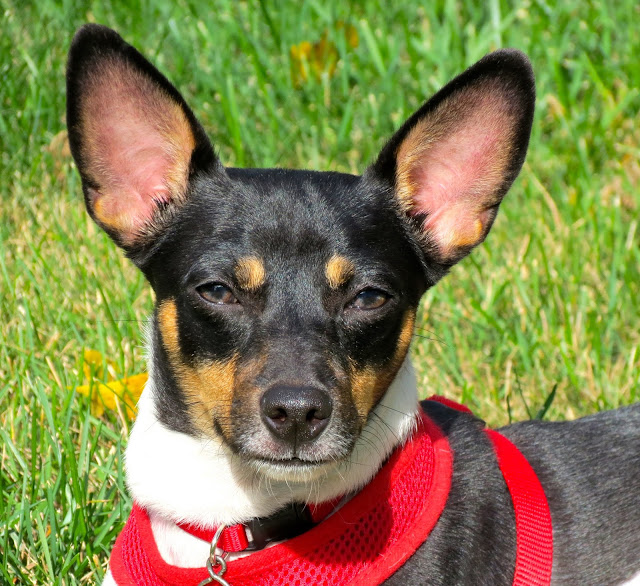 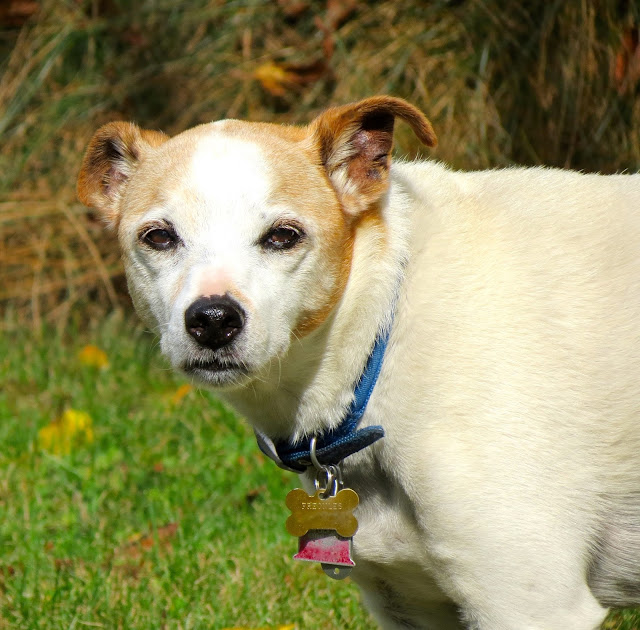 Pipo is getting braver and comes out from the living room (a doggy free zone), and comes to get pets and playtime with petcretary and goes to sit on pawppy's lap too. He has not had much to do by way of interactions anymore with Dalton.  Not sure who is avoiding who, BOL! 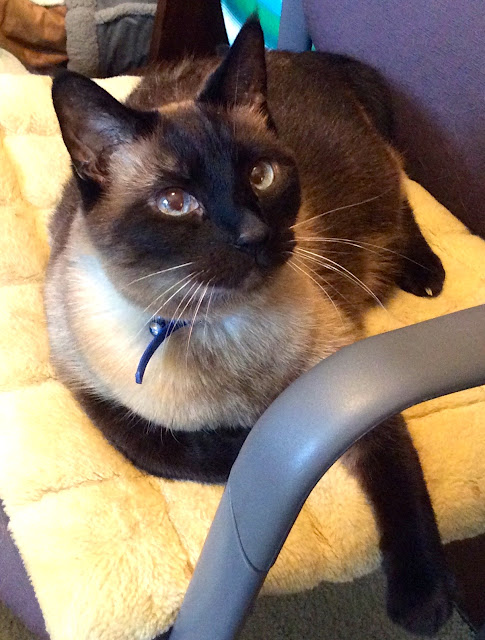 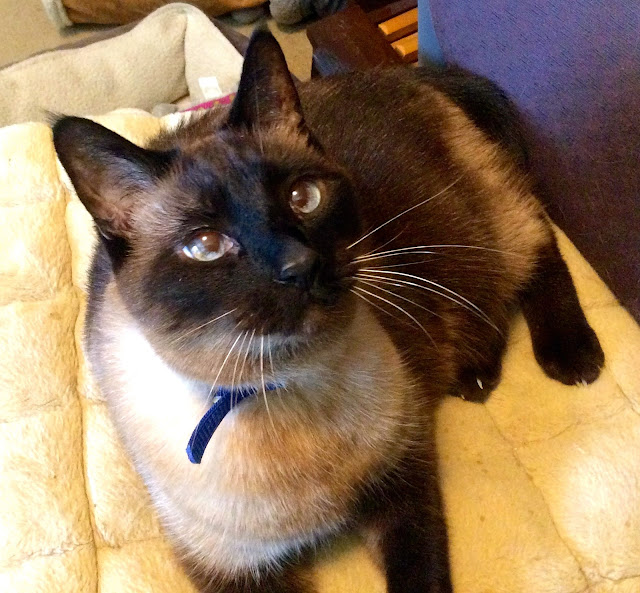 We made some more cards for furs, these at least were happy ones:)