June 10, 2002...that was my Gotcha Day!
I was a wee thing, weighing in at 2 1/2 pounds...OMD, BOL!
I was actually a present from petcretary to my boss-boy for his 12th birthday...a few months early so that he would have the whole summer to help me learn all about being a puppy and a good boy. And wow, that was 15 years ago!! For some reason there are not too many pictures of me with boss boy...go figure! And the ones there are, are not digitized...

Also, later this week it will be pawppy's birthday! I wonder if there will be cake? Maybe some paleo cake...blech for me I say, BOL! Pawppy just doesn't eat sugary things anymore...it helps to keep off the over 150 pounds he lost over the past few years. I think: then its OK for him not to have 'real' cake...I want pawppy to stay healthy forever! 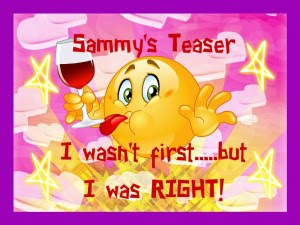 Sammy from Meezer Tails shares his Birthday with my Gotcha day...Petcretary sent him this card from me and my meezer brofurs:

And earlier this week, we learned that yet another kitty graduated to the heavenly realms:

Biscuit, whom we got to know from a post in Jan's Funny Farm (HERE and HERE), but he didn't have his own blog. Anypaws we made this for his Mom:


Posted by Meezer's Mews & Terrieristical Woofs at 1:46 AM