Yup, we are resorting to flashbacks this week...petcretary is unwell, she has apparently caught/contacted the latest scourge going around at her workplace: Norovirus, same as the one that often plagues cruise ships...well even though she was wearing protective gear, (PPE), someone there had an 'eruption' and it went all over petcretary...yes, we know, TMI...MOL/BOL! So despite all, she is now feeling the same symptoms as many of the residents and also staff. YUCK!
She has delegated all food preps to pawppy and unfurbro-the-younger since he is here to visit, good timing...not...and she herself is keeping to various liquids to keep from dehydration...coconut water being her go to.

Anypaws, we thought we would give her a break, and just post reruns from a year ago...and we purr and pawray that *she* will feel better really soon.

So here we are in full MardGras regalia, that will be Tues Feb 25. Better to be early, than to post these when its Lent, MOL/BOL! 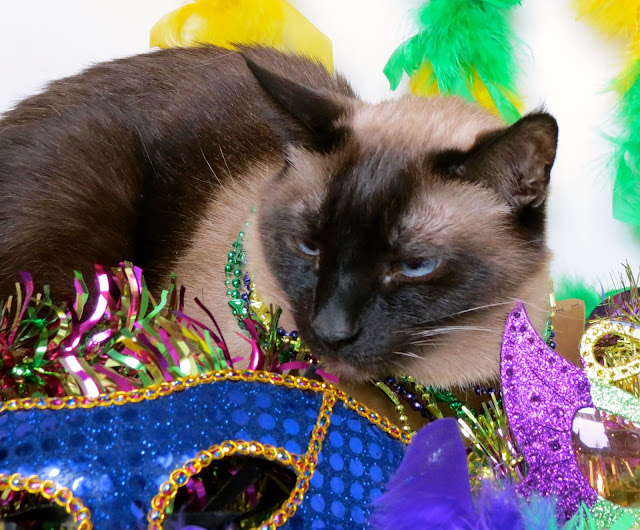 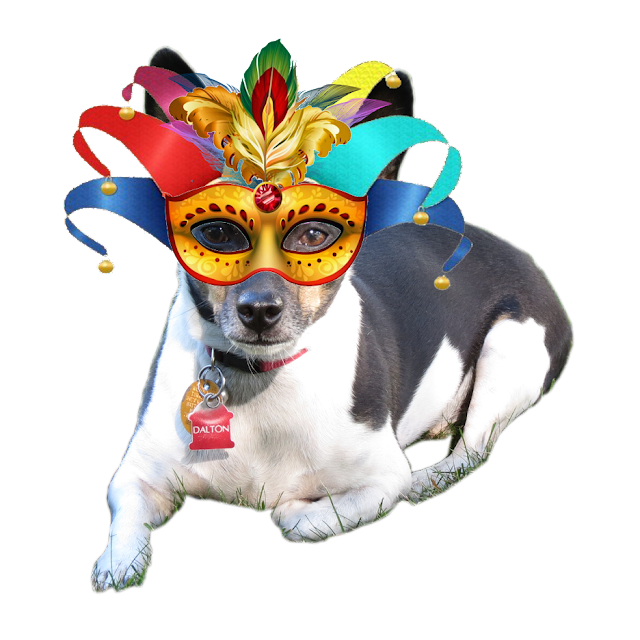 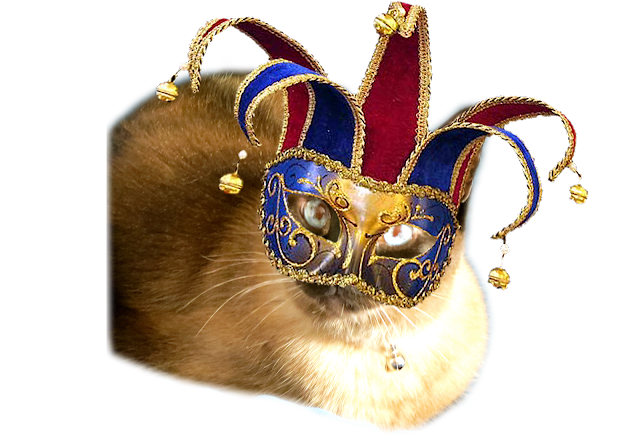 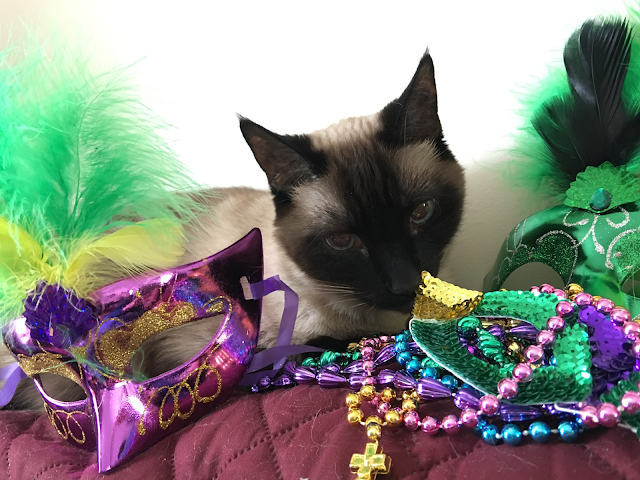 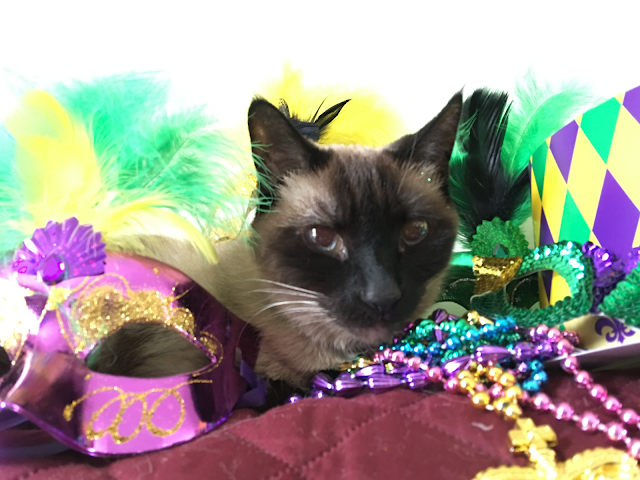 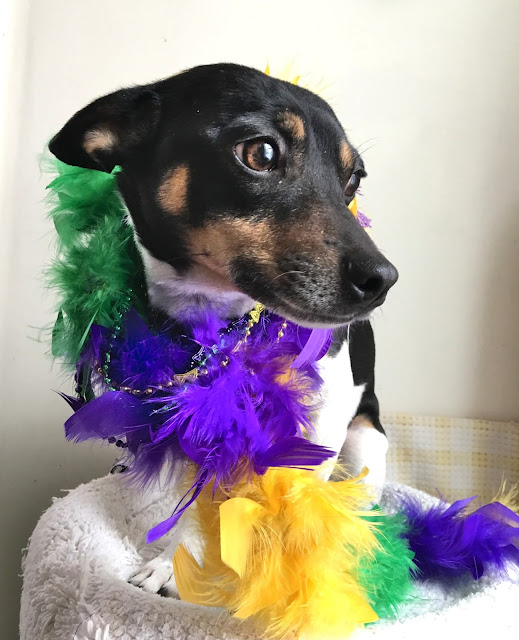 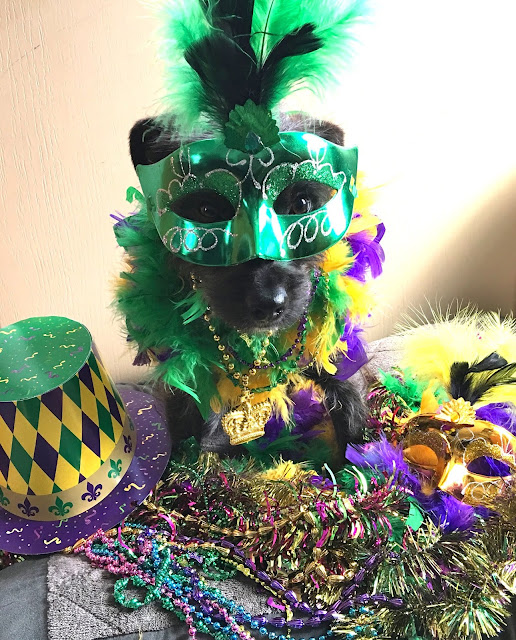 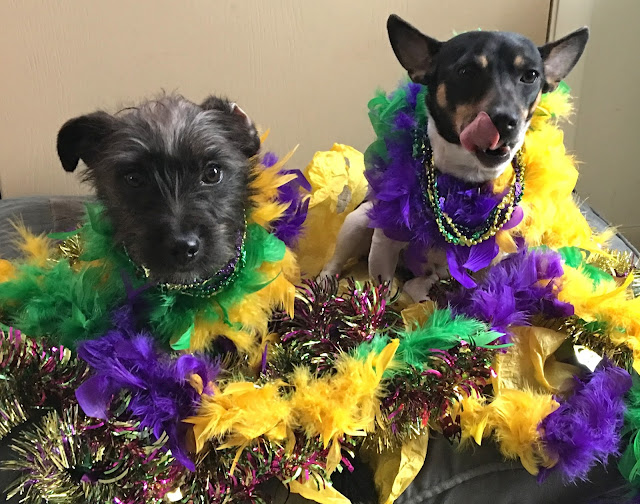 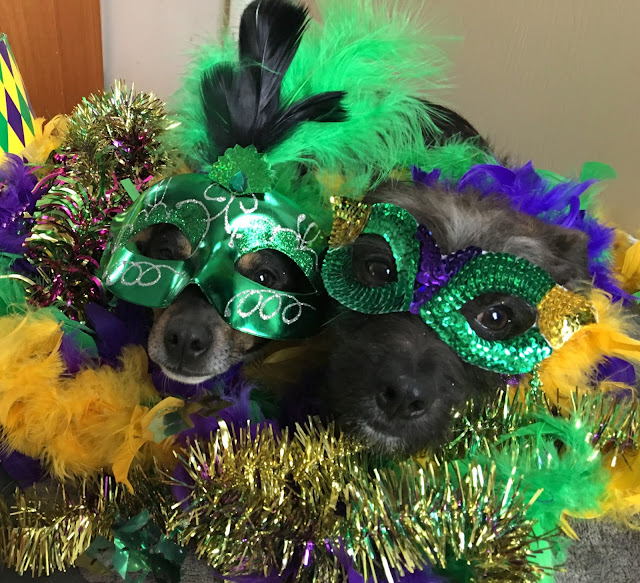 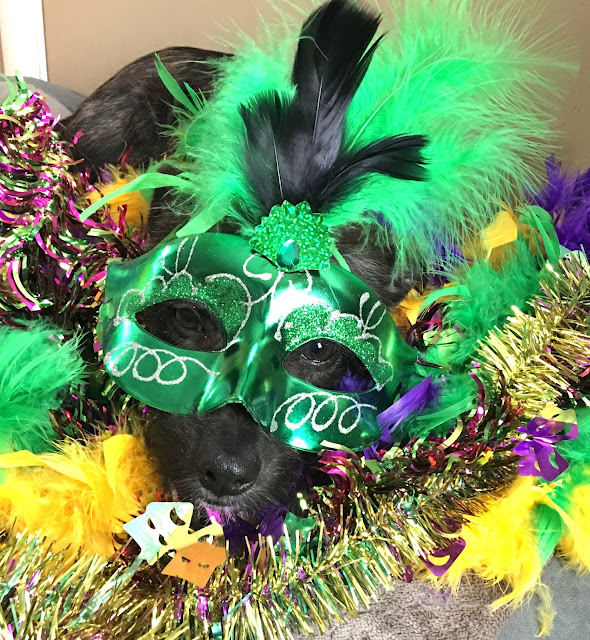 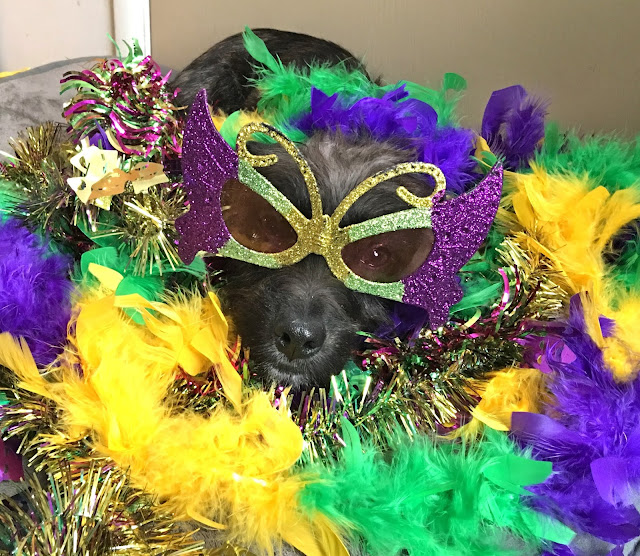 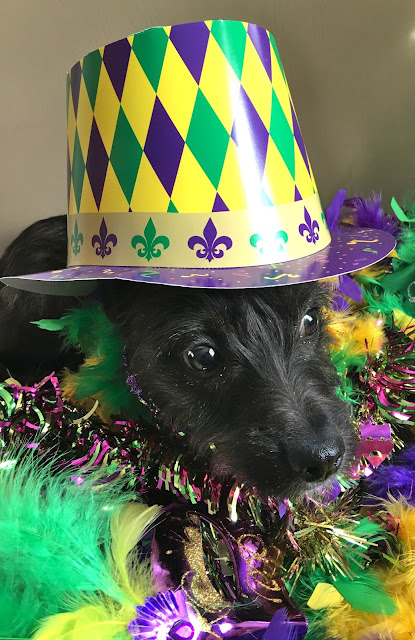 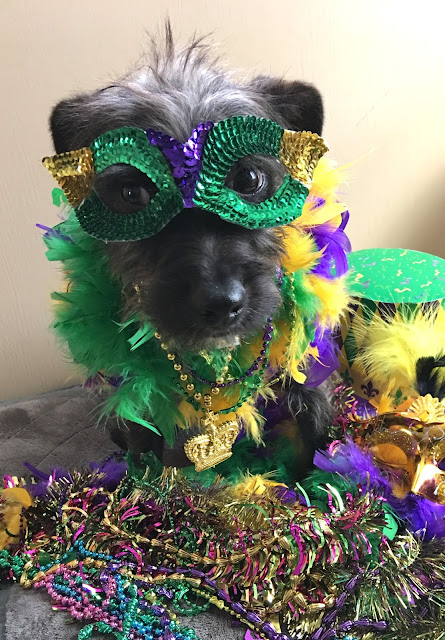 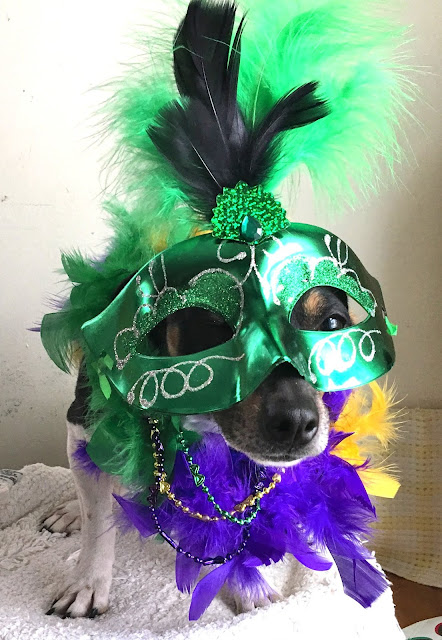 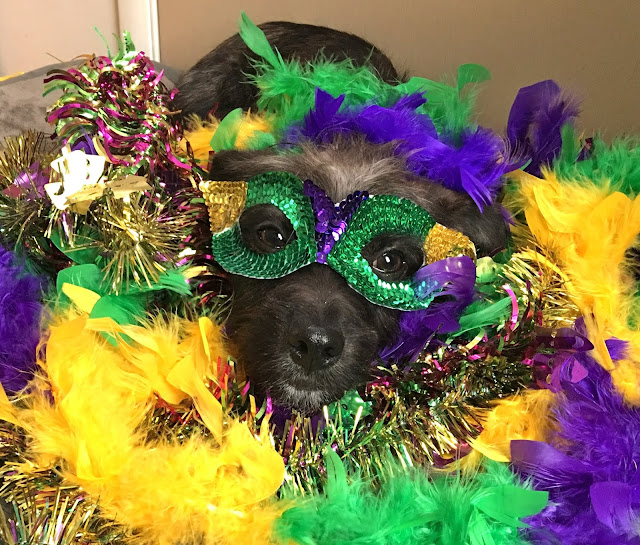 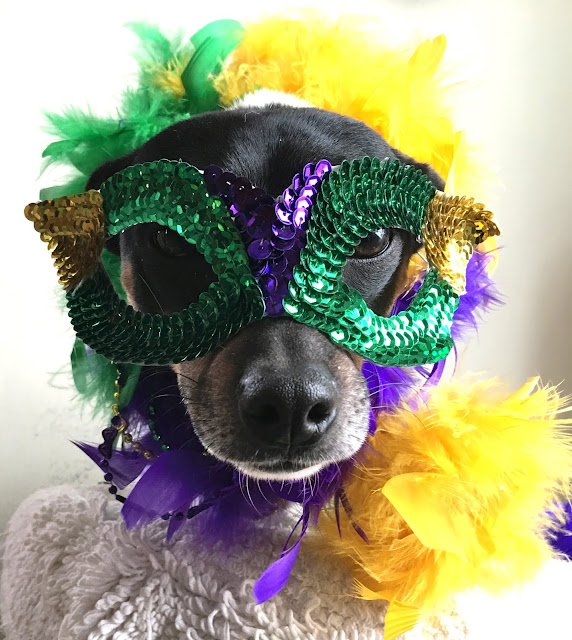 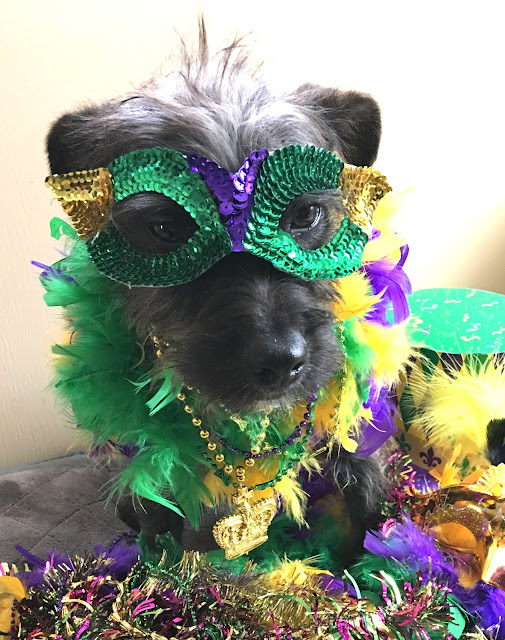 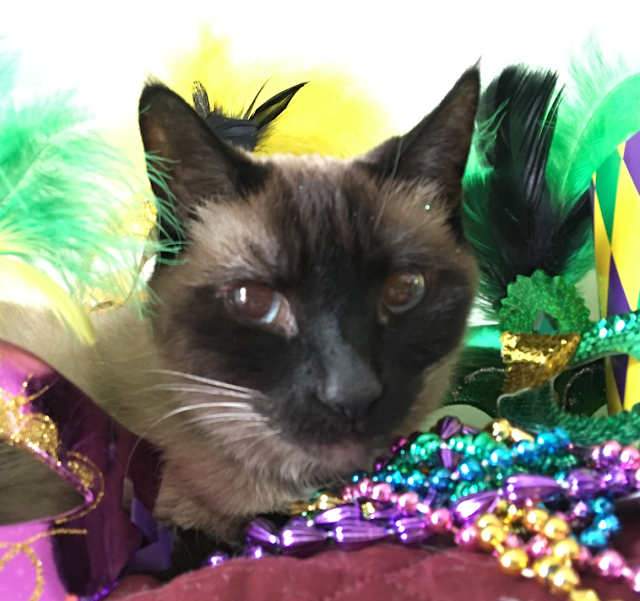 Posted by Meezer's Mews & Terrieristical Woofs at 7:23 AM 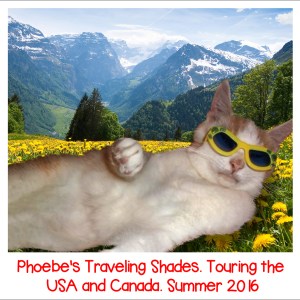